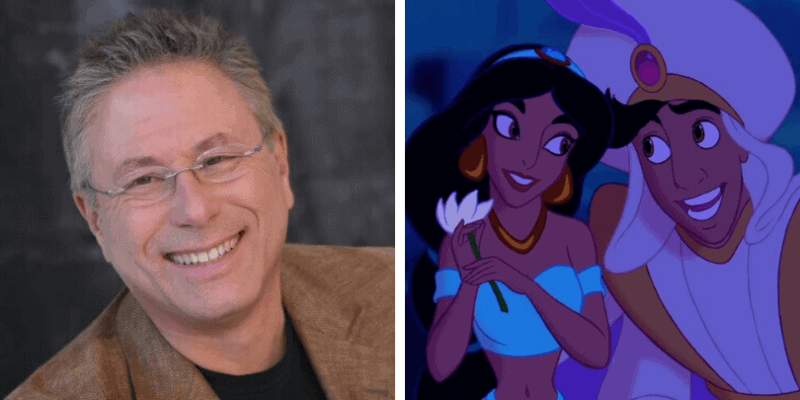 When Walt Disney Pictures released Aladdin in 1992, it introduced the world to one of the most iconic Disney duets: “A Whole New World.” But there is a whole untold story to this masterpiece, and composer Disney Legend, Alan Menken, took the time to share this story with us in a social media segment called “Disney Untold.”

No one makes musical magic like Alan Menken. Hear about his experience working on the animated classic and live-action reimagining of Aladdin. Stream both now only on Disney+. #DisneyPlus

As we watched the video, we saw three takeaways about the writing of “A Whole New World,” that really stuck with us.

It was Alan Menken’s First Collaboration with Tim Rice

Disney’s Aladdin was originally Alan Menken and Howard Ashman’s idea. They were the epic songwriting duo that created the soundtrack for The Little Mermaid and Beauty and the Beast up until this point. Now, they were embarking on an idea that was theirs from the beginning.

But Howard Ashman died of HIV early in the creative process. After there was plenty of time to mourn, Menken was then paired with lyricist Tim Rice to finish the soundtrack for Aladdin. The first song the two were going to tackle together was the magic carpet ride song. Menken, not wanting to show up empty-handed, woke up in the middle of the night and wrote the first lines of the chorus. Only the lyrics he came up with weren’t “A whole new world.”

It was almost called “The World At My Feet.”

Yes, “The World At My Feet” was what Menken sang to pitch the general idea for the song to Rice. But when the two met in London, Rice had already changed the lyrics to have it become”A Whole New World,” as we know it today. The change made sense to Menken because he realized you couldn’t talk about feet when you’re trying to set a romantic mood. He also trusted Rice as an experienced successful lyricist.

When Howard Ashman died, Alan Menken lost one of his best friends and closest collaborator. Now, he’s going to have to start over with someone he doesn’t know, and a creative relationship he didn’t know could succeed.

In the video, he said:

“I had just lost my collaborator and was going, ‘what happens now?’ and it sort of was a very important moment of my life where I’d be able to go on.”

“A Whole New World” would go on to be a number one single, an Oscar winner, and a Grammy winner. Now, it will hold a special place in every Disniac’s heart for generations to come.

Where do you rank “A Whole New World” among other iconic Disney songs? Let us know in the comments!