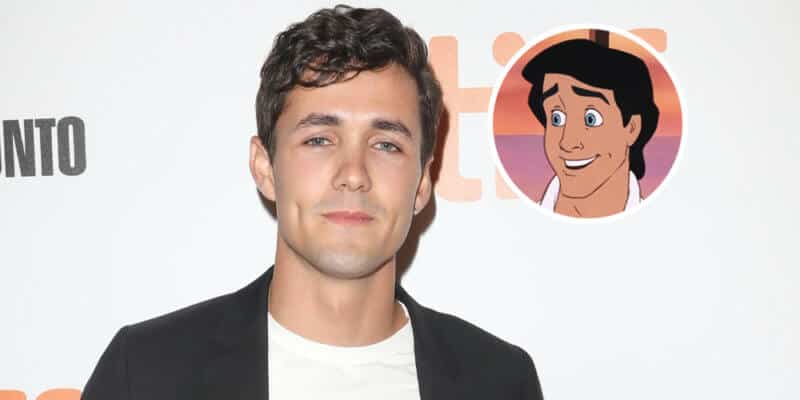 Even more of Hollywood is going under the sea! Disney has reportedly cast Jonah Hauer-King in the role of Prince Eric in Disney’s live-action remake of  The Little Mermaid.

The actor will star alongside R&B singer and Grown-ish actress Halle Bailey, who was cast to play Ariel in the live-action reimagined version of Disney’s 1989 animated classic.

Hauer-King is a Hollywood newcomer without many credits under his belt, just like Bailey. However, that could work in both of their favor. Many Disney and Harry Potter fans criticized the decision to cast Emma Watson — known for her iconic role of Hermione — in the role of Belle, saying that the thought of Hermione the entire time while watching the live-action Beauty and the Beast. Hauer-King has some acting experience (the TV miniseries Little Women and Howard’s End, as well as Sony’s A Dog’s Way Home and the Blumhouse coming-of-age pic Once Upon a Time in Staten Island) but nothing too well-known.

Before Hauer-King was cast as Prince Eric, there were many other Hollywood actors vying for the role. Former One Direction member-turned-solo artist and actor Harry Styles was previously in talks to play the prince, but he ultimately declined the job. Thirteen Reasons Why star Christian Navarro expressed interest in playing the role of Eric and even had a shot, although it doesn’t seem like anything came of it.

Now, it seems all but set in stone that Hauer-King has landed the role, as Variety reports. The actor has reportedly had two screen tests, the most recent being just a few days ago on November 9 in London with Rob Marshall, who’s directing the new film.

So far, we know other cast members in addition to Hauer-King and Bailey as Eric and Ariel, respectively. Melissa McCarthy is starring as Ursula, Javier Bardem is King Triton, Awkwafina is Scuttle, and Daveed Diggs has been tapped for the role of Sebastian.

If you’re unfamiliar, below is a synopsis of the 1989 version of The Little Mermaid:

In Disney’s beguiling animated romp, rebellious 16-year-old mermaid Ariel is fascinated with life on land. On one of her visits to the surface, which are forbidden by her controlling father, King Triton, she falls for a human prince. Determined to be with her new love, Ariel makes a dangerous deal with the sea witch Ursula to become human for three days. But when plans go awry for the star-crossed lovers, the king must make the ultimate sacrifice for his daughter.

As of now, we’re unsure if this live-action version of the story will deviate too much from the original, but we’re excited to find out.

What do you think of Jonah Hauer-King starring as Prince Eric in  The Little Mermaid? Let us know in the comments!