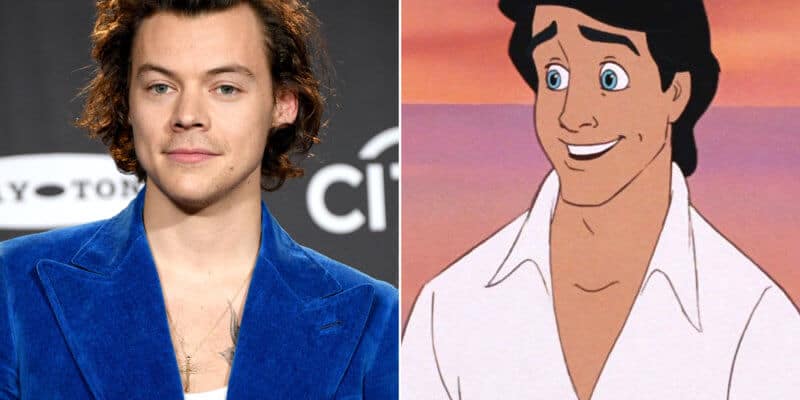 Disney’s “The Little Mermaid” remake hasn’t even begun shooting yet and there’s already been a lot of heated discussion among Disney fans regarding the film’s cast. First we had the news that Disney had cast Halle Bailey as the title character, something that sparked the #NotMyAriel debate on Twitter. Then Disney added more fuel to the controversy fire with reports that Harry Styles was set to take on the role of Prince Eric in the movie.

There was an equally huge discussion over on Twitter between Harry Styles fans who were in favor of him taking on the role and some less than keen Disney fans who pointed out the star’s limited acting credentials to date.

Well it would seem we can at least put one of the debates to an end as reports seem to confirm that he has decided to respectfully decline the role in the movie. This comes following reports from two of the biggest theater chains in the country yesterday that seemed to suggest the contrary and that Styles had accepted the role. Most of those who shared the false announcement that Styles is playing Eric have since deleted their Tweets and corrected their reports.

It would seem that now the hunt for the perfect Prince to star alongside Halle Bailey is still very much still on. Still, many fans thought he was a perfect fit for Prince Eric and have been expressing their opinions on the news that he has turned the role down over on Twitter:

right so going from “harry styles confirmed to be prince eric” to “anything is yet to be confirmed” all the way to “harry styles has denied the role of prince eric” all in a matter of hours has been the worst form of heartbreak i have ever experienced pic.twitter.com/3F0Xo2z7wM

Others are looking ahead to other actors who could fit the bill, including singer/actor Jordan Fisher.

now that harry styles is out of the picture… let’s discuss jordan fisher for prince eric PLEASE pic.twitter.com/KScsn3NCqn

Don’t worry too much about Harry Styles though. Despite being turned down for the role of Elvis in an upcoming biopic and apparently refusing to play Prince Eric, he is still very much looking for other roles following his debut in Christopher Nolan’s Dunkirk in 2017.

Who do you think is the perfect Prince Eric to star alongside Halle Bailey? Let us know in the comments below!