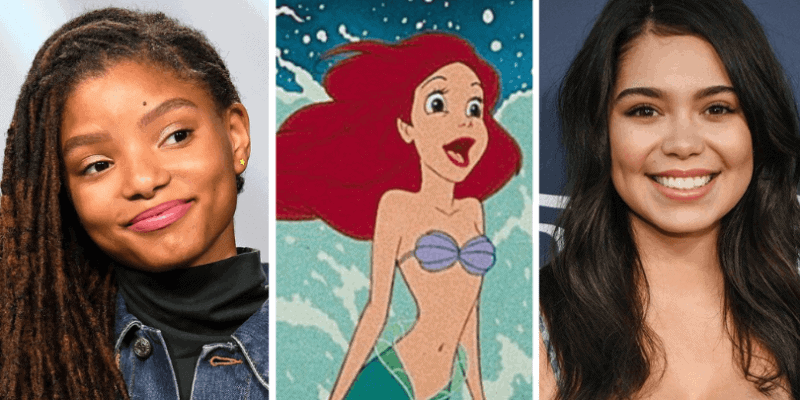 It’s been several weeks since Disney first announced that singer and actress Halle Bailey will play Ariel in the upcoming live-action version of “The Little Mermaid.” After Disney and Bailey were met with backlash following the casting announcement (with fans even going so far as to start a #NotMyAriel trend on Twitter), the actress is finally speaking out.

“I feel like I’m dreaming,” Bailey said in an interview during the recent Variety Young Hollywood event. “And I’m just grateful. I don’t pay attention to the negativity; I just feel like this role was something bigger than me, and greater. And it’s going to be beautiful. I’m just so excited to be a part of it.”

Halle Bailey on her new #LittleMermaid role: "I don't pay attention to the negativity; I just feel like this role is something bigger than me" https://t.co/pidgYYQ0lw pic.twitter.com/rmUxbFSuYY

The actress also interviewed with ET at the event, and she continued to share just how happy she is to be a part of the upcoming film.

“It means so much to me,” the 19 year-old said. “I feel very honored and really grateful for the opportunity. Ariel was one of my favorite princesses growing up, so it’s a dream come true. I’m very excited and happy.”

Bailey isn’t the only one in Hollywood to speak out after mixed reviews following the announcement of her role as Ariel. Disney’s FreeForm took to social media in defense of the decision to cast Bailey as a character who Disney previously depicted as white with red hair. Even Jodi Benson, the original Ariel from the 1989 animated classic, spoke out in support of Bailey. And most recently, Moana herself, Auli’i Cravalho, is celebrating Bailey as the new Ariel. Cravalho will also play a live version of Ariel in ABC’s upcoming “Wonderful World of Disney” stage performance of “The Little Mermaid.”

“Oh, I can’t wait to see her and congratulate her,” Cravalho said at the Variety event. She was asked to share her thoughts on the backlash that Bailey received based on her race after she was cast as Ariel in the upcoming film. Cravalho replied, “Yeah I think there’s so much room for so many different types of Ariels and so many mermaids. I’m so honored to be able to lend my voice and my interpretation of Ariel and I cannot wait to see Halle’s.”

We don’t know about you, but we can’t wait to see both Bailey and Cravalho play Ariel in each of the upcoming productions of “The Little Mermaid.”

What do you think of Bailey’s response to the #NotMyAriel trend on Twitter? Let us know in the comments!