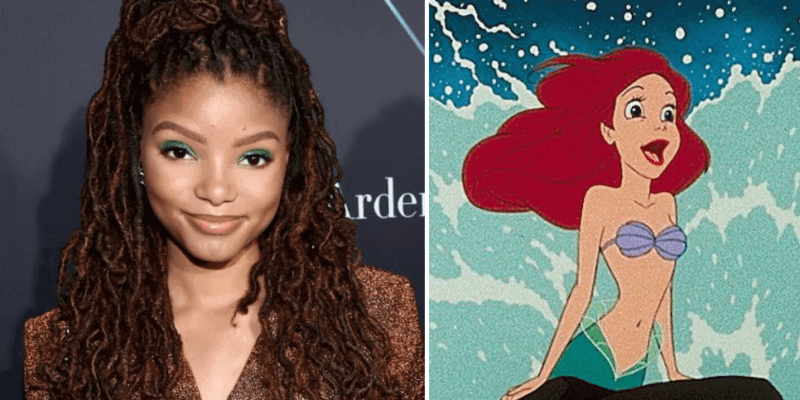 Look at this news, isn’t it neat? It won’t be long before Disney’s “The Little Mermaid” cast is complete! Disney has officially chosen the actress who will play Ariel in the all-new live-action version of “The Little Mermaid,” and we can’t wait to be part of her world.

Disney announced this week that Halle Bailey, known for her work in Freeform’s “Grown-ish” and as one half of the popular R&B singing duo Chloe and Halle, will be playing the lead role of Ariel in the upcoming live-action remake of the 1989 animated classic “The Little Mermaid.”

“After an extensive search, it was abundantly clear that Halle possesses that rare combination of spirit, heart, youth, innocence, and substance — plus a glorious singing voice — all intrinsic qualities necessary to play this iconic role,” Rob Marshall, who will be directing “The Little Mermaid,” said in a statement.

This role will be the actress’s first feature film debut. To share the good news, Bailey took to social media and posted a fan-made image of what Ariel would look like as a woman of color. And we have to say, the illustration is almost as beautiful as Bailey will look in the upcoming movie. Take a look:

Lin-Manuel Miranda, who is one of the producers and composers working on the upcoming film, shared the news on Twitter, reposting a Variety article announcing Bailey’s new role.

We’ll have to wait a couple years until “The Little Mermaid” is swimming into theaters, as production won’t start until early 2020. The internet is buzzing with positive feedback after what is a pretty epic announcement, both for Bailey and the rest of the team working on “The Little Mermaid” and for audiences who have been craving more diversity in blockbuster films. Ariel will be the first Disney Princess being reimagined as another race in Disney’s more recent live-action remakes of classic films, and we’re here for it.

What do you think of Halle Bailey being cast as Ariel in the upcoming live-action remake of “The Little Mermaid”? Let us know in the comments!