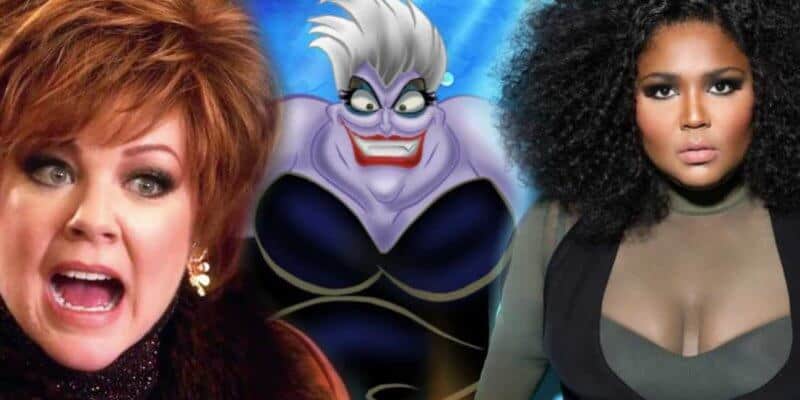 We totally thought Melissa McCarthy would make a great Ursula…until we saw Lizzo fully dressed up while singing “Poor Unfortunate Souls.” The popular music artist recently shared her desire to play the sea witch in Disney’s upcoming remake of “The Little Mermaid,” and we have to admit that she sounds like she could be the best Ursula since Pat Carroll.

We shared this week that McCarthy is in talks with Disney to play the Disney Villain in the upcoming reimagined version of “The Little Mermaid,” a film that will possibly be Disney’s highest anticipated remake yet. But once Lizzo received word that McCarthy could be playing the sea witch, she took to social media to share her thoughts in the form of a pretty epic video. In Lizzo’s recent Tweet, we can see the singer dressed up in full Ursula costume and singing the villain’s iconic song, “Poor Unfortunate Souls,” popularized by the original Ursula, Pat Carroll.

Lizzo originally shared the footage of herself dressed up as Ursula back in November 2018, but she recently re-Tweeted the video (as well as an article discussing the possibility of McCarthy getting cast in the role) captioned with a crying emoji.

Take a look at Lizzo’s take on Ursula below:

After seeing Lizzo’s Tweets, we aren’t the only ones wondering if Disney will cast her as Ursula. The singer’s fans are Tweeting Disney asking the studios to consider her for the role. Here’s what they’re saying:

GOD GIVE HER THE ROLE @Disney

@Disney come on, look at how sad she is. Melissa McCarthy will understand, just please, don’t make Lizzo sad.

We’re not sure if Lizzo has officially auditioned for the role or whether Disney is going to reach out to her after seeing her singing Ursula’s anthem, but we have to admit that it’s hard to imagine McCarthy playing the sea witch after seeing the singer’s version of the character. Disney has yet to reveal the cast of the new film or even an official premiere date, so for now we’re patiently waiting to hear more “The Little Mermaid” news. Until then, we’ll be rewatching Lizzo singing “Poor Unfortunate Souls” and try our best not to get our hopes up too much.

Who do you think would make a better Ursula in the new “The Little Mermaid” film: Melissa McCarthy or Lizzo? Let us know in the comments!