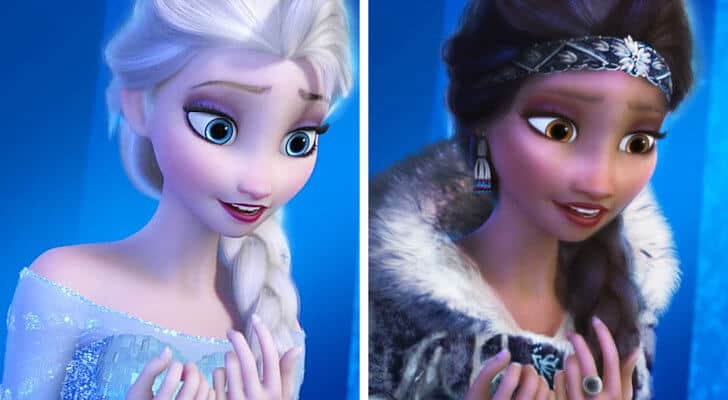 Credit: Disney / Let There Be Doodles

We’ve seen Disney Princesses reimagined as college students, normal people, and even The Golden Girls. Each of these recreations doesn’t fail to bring a smile to our faces. But if you’ve ever wondered what the Disney Princesses would look like if they belonged to different races, look no further.

Artist TT Bret, who runs the popular Tumblr blog Let There Be Doodles, recently reimagined several of our favorite Disney heroines as though they were different races, and the results are spectacular.

The artist is known for illustrating a variety of Disney characters depicted as different genders and races, and these images are some of the best recreated Disney characters we’ve seen yet, mainly because the art for each image is created in a style most like the original artwork a the time each character’s film was released.

“People are people, women are women, every race is beautiful and every culture is diverse, and my goal was to simply explore a bit of that diversity through character design,” TT Bret wrote of the “racebent” Disney series on Tumblr. The artist consulted with friends when deciding on which alternate races to assign to each Disney character and attempted to base the reimagined designs off their critiques and insight.

Related: Every Disney Princess (And Gaston!) Reimagined as The Little Mermaid

“When it comes to creating a character that you want people to immediately be able to identify with a specific culture, the point is to use easily recognizable imagery,” the artist wrote. “However, the clothing, jewelry and makeup I used were not simply stereotypical, they were accurate to the cultures I was drawing from. I researched and used images of actual attire, and although they are more traditional and well known outfits associated with the cultures being represented, they still belong to and are part of those cultures.”

Take a look at some of TT Bret’s reimagined Disney Princesses in the artwork below!

Belle, Beauty and the Beast

Tiana, The Princess and the Frog

What do you think of these reimagined versions of Disney Princesses? Let us know in the comments!