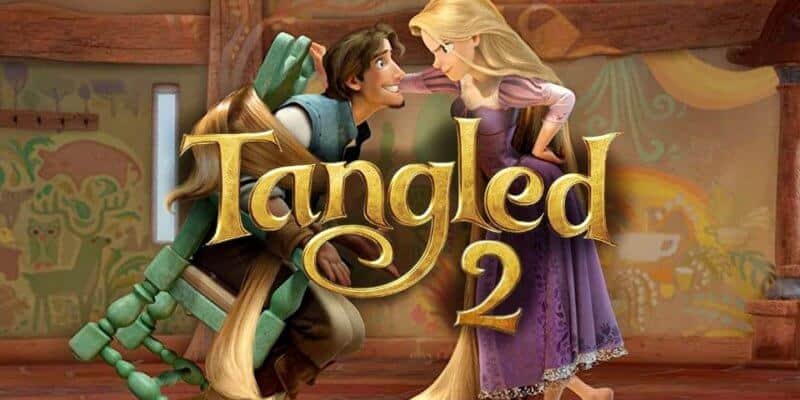 For many Disney fans, watching Tangled for the first time felt a lot like falling in love with Disney animation all over again. And if you want to feel old, it’s been 10 years since Tangled was released! Well, one good thing has come out of this reminder: we got to listen to Mandy Moore and Zachary Levi, a.k.a. Rapunzel and Flynn Rider get back together to discuss the film.

If you are anything like me, seeing these two have a reunion after 10 years had me thinking — are they about to announce Tangled 2?

After seeing the success of Tangled and how much Disney fans loved it and are still loving it to this day, a second film in the franchise does not sound so crazy. We ended the film with Rapunzel finally becoming the princess she always was and meeting her parents for the first time — which in a sense also could sound like the start to another movie! The franchise did create a TV series, but is with different animation and would actually play well with a backstory

Plus, if we look at Frozen which came out just around the same time as Tangled, reaching massive success, we can see that the model of releasing a second film to the franchise was not a bad idea as Disney fans also loved Frozen 2.

So what did Mandy and Zachary discuss after 10 years and did they hint that there could be a second film?

If we take a look at Disney Music’s (@DisneyMusic) Tweet, we can watch a video of the Tangled stars discussing the film. From what we can gather it seems that they are mostly just grateful for the opportunity and were happy to be apart of it. From that, we wouldn’t so much suspect that a second film is on the horizon as the conversation was based in the past, not the future.

However, the small glimmer of hope here is that both Moore and Levi recognized the film’s rise to fame and its evergreen success. By pointing this out, it could plant a possible seed in Disney’s head to capitalize on that success.

Best. Day. Ever! @TheMandyMoore and @ZacharyLevi have a special message for all the Tangled fans for the film’s 10th anniversary today! #Tangled10 pic.twitter.com/ROACu1e0Bf

Plus, with Disney turning their focus to Disney+ and their streaming options, getting fans excited for more Disney+ content would not be a bad idea, and will keep those monthly subscriptions coming in.

Do you think there will be a Tangled 2?