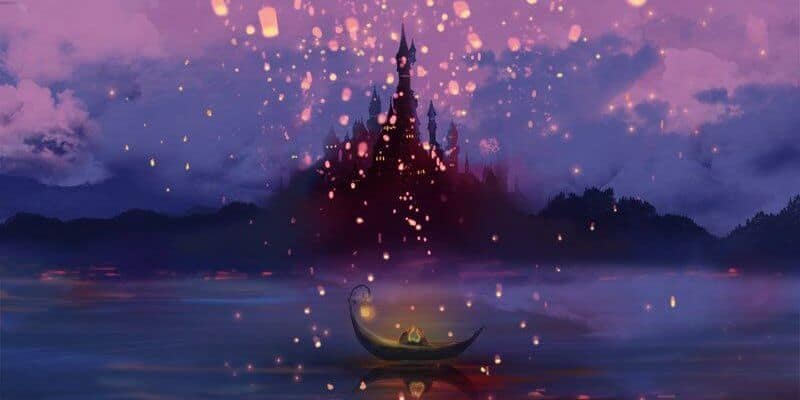 Walt Disney World’s EPCOT theme park has the fewest rides of any of the Florida Disney Resort’s four parks, but it does have one of the most popular — especially among fans of the Frozen franchise.

Frozen Ever After, located in the EPCOT World Showcase Norway Pavilion, opened in 2016 and involved a major re-theming of the outdated Maelstrom ride, which featured Norse trolls and Viking boat ride vehicles.

Given the success of the addition of Frozen to the World Showcase, some Disney World fans think a similar change should occur in the Germany Pavilion. On Reddit, users have begin discussing how amazing it would be to see a Tangled attraction, featuring Rapunzel, Flynn, Pascal, and the whole gang.

One user shared this opinion about adding a Tangled attraction to Germany:

the addition of Tangled in Germany could work in addition to what already exists. The room for expansion exists and would allow the ride to exist alongside the stores and Biergarten. I think that’s why I’m far more excited for Ratatouille than I was for Frozen since nothing was lost in order to make room for the construction. Expansions I prefer over the removal of original EPCOT culture.

Another Reddit user chimed in with this opinion about under-represented Disney movies and how they could potentially be worked into the U.S. theme parks:

In a perfect world each pavilion would be as is up front and behind that would be a country accurate dark ride. That way you still get the full experience of how the country actually is before going on a Coco, Frozen, Tangled, etc ride. There are so many good movies that have little to no representation in the parks off the top of my head Mulan, Hercules, 101 Dalmatians, Mary Poppins, Robin Hood, Sleeping Beauty that deserve a classic dark ride and Fantasyland is only so big. I don’t want to turn World Showcase into New New Fantasyland and I’d prefer a fifth park at this point but that’s not in the cards.

Another user pointed out that Disney could also opt to put a Rapunzel ride in Magic Kingdom’s Fantasyland area. Magic Kingdom is already home to the famous Tangled bathrooms:

All for the Tangled ride being duplicated in WDW!! I originally wanted the ride to be in the Germany pavilion, but now I’m wanting it to be in Fantasyland in MK. There’s actually a small plot of land north of Haunted Mansion and “it’s a small world” that could house the show building. In fact, the entrance could be near where the current Tangled bathrooms are located and have a corridor/queue connect to the show building.

What type of Tangled ride could work?

If The Walt Disney Company ever did decide to install a Tangled attraction in EPCOT, a dark ride, similar, perhaps, to The Scary Adventures of Snow White at Disneyland Resort, could be the best option. The Disney World version of this ride closed several years ago.

Going this route would allow Imagineers to explore the darker aspects of Tangled, such as Mother Goethel’s betrayal of Rapunzel, while still focusing on the magical moments in the animated Disney film, like the incredible lantern scene!

I would personally love to see a real-life version of The Snuggly Duckling attached to a Tangled ride. Can you imagine animatronics singing “I’ve Got a Dream” while you dine?

Could this Germany Pavilion update ever happen?

While it’s important to “never say never” when it comes to Disney theme parks, it’s unlikely that a major update to the Germany Pavilion will happen anytime soon. The coronavirus pandemic has forced Disney to postpone numerous already-announced EPCOT projects, such as the Mary Poppins Cherry Tree Lane attraction in the World Showcase’s Great Britain Pavilion.

The walk-through Moana water attraction is still on-track for a 2021 opening in the new EPCOT World Nature neighborhood, though, and both rides show that Disney Imagineering and Disney Parks executives are willing to explore more movie-themed rides and attractions throughout EPCOT.
How would you feel about a Tangled ride at Disney World’s EPCOT? Do you think it would be a good fit?
If you would like to visit EPCOT, Magic Kingdom, Disney’s Animal Kingdom, or Disney’s Hollywood Studios for yourself soon, instead of just dreaming about a magical vacation, contact the experts at Academy Travel to help you plan every detail of your Walt Disney World Resort trip at no-charge!