Taking pictures and video just after the park opened this morning were @DLifestylers of DisneyLifestylers.com and Denise Preskitt of MouseSteps.com, who have shared with us all the imagery seen here.

Unlike Disneyland’s Fantasy Faire, the new area of the Magic Kingdom does not feature any shows, meet and greets, or even really any attractions, instead intended to offer theme park Guests a chance to rest and relax amidst a highly-themed environment, with a few new twists. 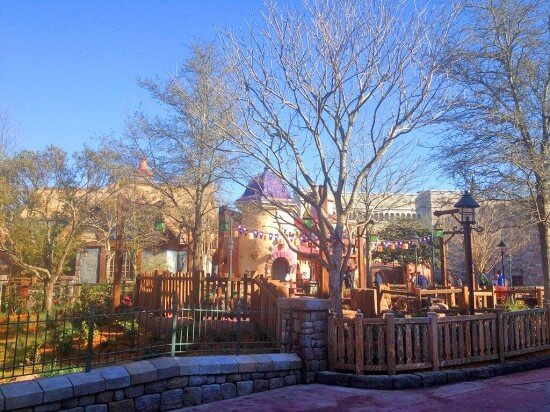 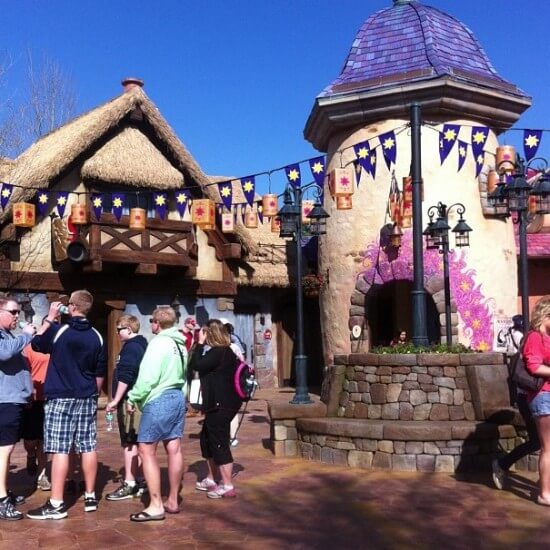 Video: Tour the “Tangled” rest area of the Magic Kingdom

Featuring the famous “Tangled” tower high atop a rocky waterfall, the new area adds colorful whimsy to the left of the “it’s a small world” entrance, linking that area to nearby Liberty Square. It’s the former home of the Fantasyland Skyway building, now featuring benches and restrooms. 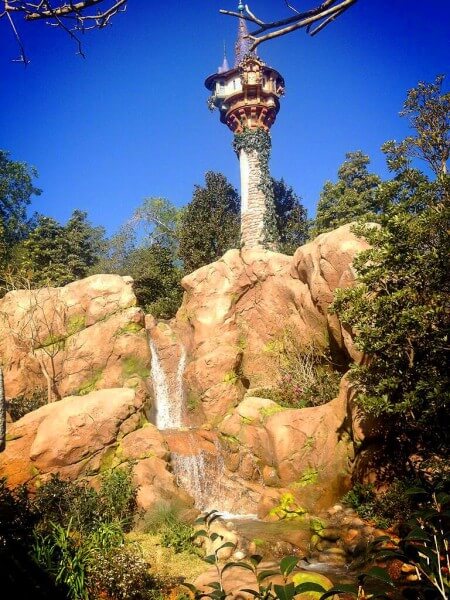 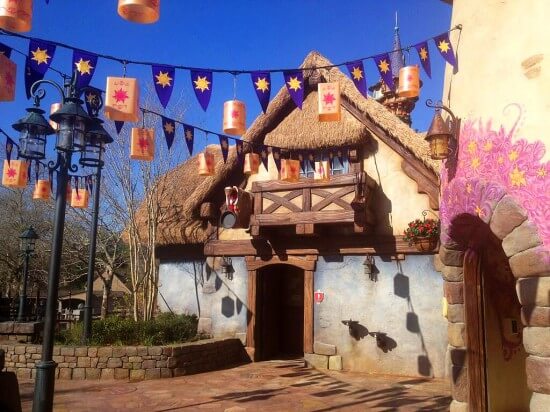 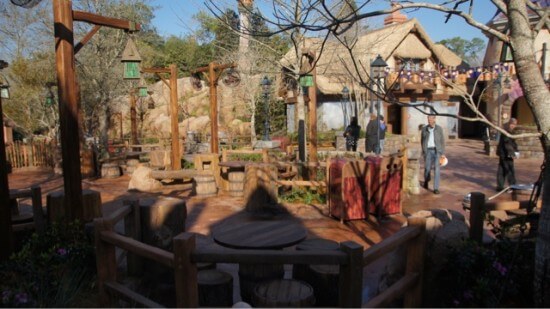 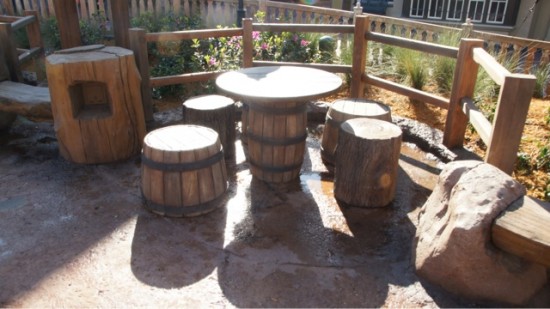 For the first time, Walt Disney World provides Guests what they call a “D-Zone” charging area, with power outlets to charge up cell phones, laptops, and other electronic devices at no extra cost. There are currently 6 charging stations, each with two electrical outlets. USB outlets are said to be added in the future.

With Disney putting an increasing emphasis on using their new My Disney Experience app to navigate the parks and retrieve helpful information, it will be handy for Guests to charge up their phones throughout the day. 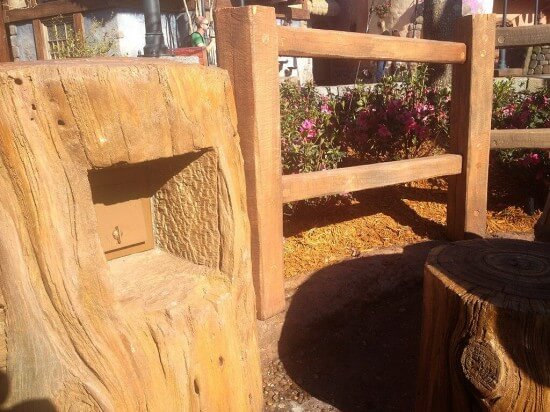 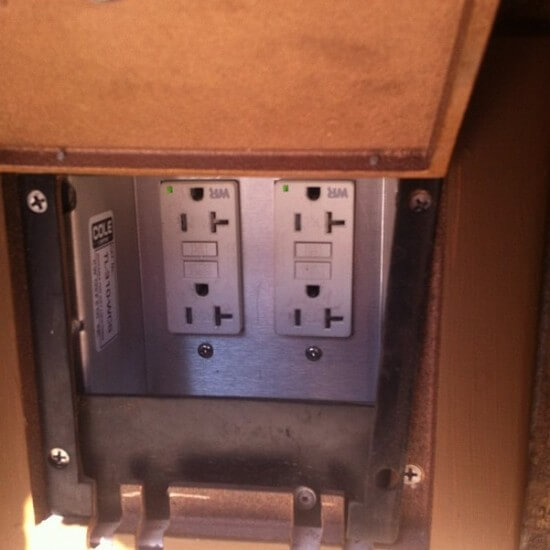 The new area also features plenty of details for fans of the film “Tangled” to hunt for, including hidden Pascals throughout. 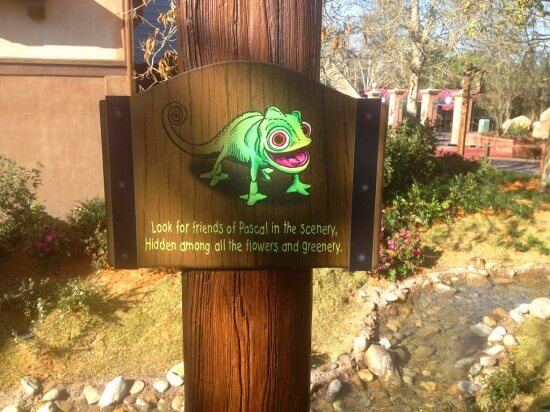 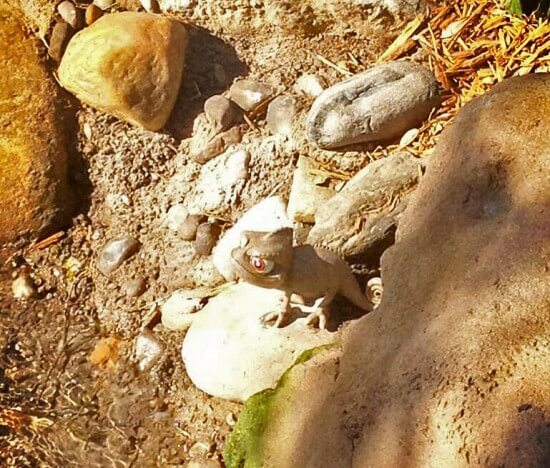 Other noteworthy elements to look for include Flynn Rider’s bag, Maximus’ horseshoe prints, and plenty of frying pans. 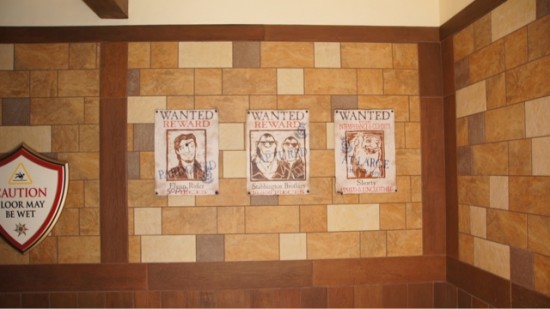 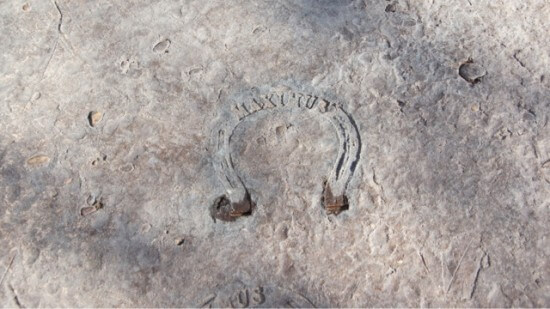 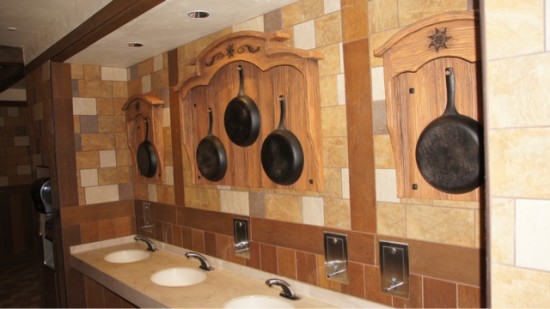 Those familiar with this area of the park may wonder why Disney has built such elaborate bathrooms close to existing ones between Peter Pan’s Flight and Liberty Square. Rumor suggests that an interactive queue for the ride will replace the existing Peter Pan bathrooms.

Though Rapunzel and Flynn Rider are not currently meeting and greeting in the new “Tangled” themed area, it’s not impossible to think they might pop in from time to time in the future. For now, Disney intends for the new area to be offered as a rare area in the Magic Kingdom for Guests to get off their feet for a while and relax while immersed in highly detailed surroundings.

More from the new “Tangled” area at the Magic Kingdom can be found on DisneyLifestylers.com now and on MouseSteps.com.