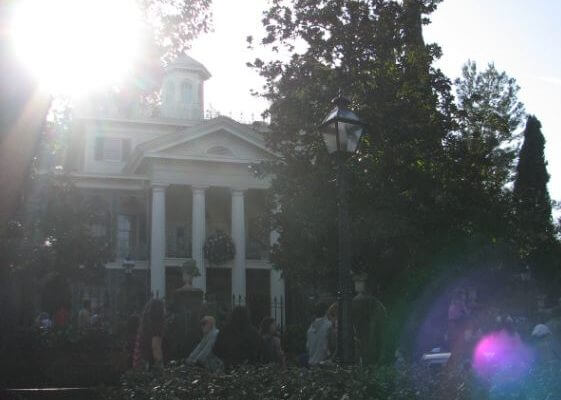 “When hinges creep in doorless chambers, and strange and frightening sounds echo through the halls, whenever candlelights flicker where the air is deathly still, that is the time, when ghosts are present, practicing their terror, with ghoulish delight…”

That familiar phrase (from the spirit of ghost host Paul Frees), can mean only one thing: Disney’s Haunted Mansion managed to lure more mortals to explore its haunted halls. In this case, to explore 5 different versions of those haunted halls from around the world. 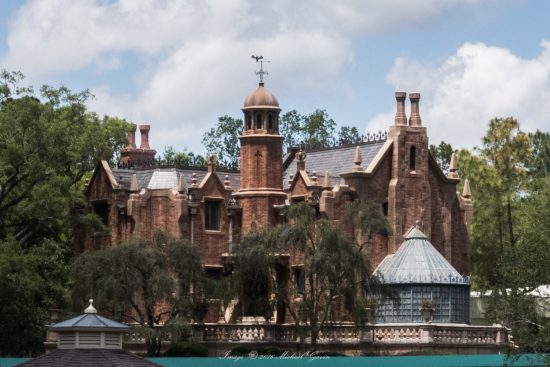 Climb aboard your doom buggy and let your Ghost Host (aka Inside the Magic) share these Happy Haunts from around the world.

Walt Disney’s classic and original retirement home for ghosts opened to mortals in 1969. Now, familiar macabre moments include a stretching portrait chamber, hall of doors, Madame Leota’s séance, an ambitious bride, the recently reintroduced Hatbox Ghost, the haunted cemetery and hitchhiking ghosts among the 999 happy haunts that have retired there. The exterior features a pet cemetery and horseless hears alongside the New Orleans square, antebellum styled, modest mansion.

A seasonal Halloween/Christmas overlay known as the Haunted Mansion Holiday materializes annually. Capping off the year with a visit from Jack Skellington and his friends from “The Nightmare Before Christmas,” the Haunted Mansion transforms into a delightfully chilling fall-winter wonderland filled with characters from the Tim Burton 1993 stop-motion animated film.

With an opening date due just three years after the New Orleans square version of the Haunted Mansion in California, Florida’s Liberty Square, Gothic Revival ghostly gathering was built at the same time, using duplicate parts from the original haunt.  While the exterior is unique, most of this Haunted Mansion resembles its western sister. Differences include a portrait room that actually stretches (California’s version is actually an elevator that descends, allowing guests to cross under the railroad and enter the show building); an added library scene with marble busts following guests as they glide past in their Doombuggy; a slightly different cemetery scene, and added crypts at the attraction’s exit. While California’s Mansion requires guests to ascend back to the living realm via an inclined conveyor belt, this was not needed for the Florida version. Walt Disney World’s Magic Kingdom finds its Haunted Mansion within Liberty Square and also hosts a pet cemetery, though the residents of said resting ground differ (and include Mr. Toad).

Fantasyland in Tokyo Disneyland is the host for their version of the Haunted Mansion. With an identical façade to match the Florida ghostly retirement home, Tokyo’s version differs only in that it did not receive the updates (bride, stairway scene, and enhanced stretch room audio, for example). The attraction’s entrance is guarded by a pair of ghoulish gargoyles. As ethereally envisioned within the original version of Florida’s ghostly retirement home, an original attic atmosphere and bride with beating heart haunt to this day; paranormal popup spirits in the attic and cemetery are still materializing; and the spiders in the stairwell still stalk guests!

California is no longer the exclusive haunting grounds for Jack Skellington, for his partners in holiday mischief managed to cross the ocean to Tokyo! For Florida fans with a fever for this festive fright, this is probably as close as it gets to visualizing a Magic Kingdom takeover by the citizens of Halloweentown.

Known as Phantom Manor, this Western Victorian incarnation is based upon the Fourth Ward Schoolhouse in Virginia City, NV. It is the only version of Disney’s haunted house to receive a dilapidated and run down exterior (contrary to Walt’s intention of maintaining the exterior and leaving the realm within to the spirits). This more modern macabre manifestation marries the surrounding Thunder Mountain Mesa area into its storyline and includes a nearby Boot Hill cemetery as the final resting places of several of the Mountain’s victims. In keeping with the tradition of each version of the ghostly manor appearing in a different land, Paris’ Phantom Manor is located in Frontierland.  The attraction follows a different storyline and includes a descent into a haunted ghost town.

While maintaining a mysterious Haunted Mansion-like appearance, Hong Kong’s Mystic Manor, located in its own land of “Mystic Point,”  feels more like an attraction that’s married elements of the Adventurers club with the whimsical winding feel of The Many Adventures of Winnie the Pooh. The ghosts have all vanished. In their place, guests find a magical jewelry box with the power to bring “life” to inanimate objects. Elements of experience still have slightly spirited resemblance to “classic” Mansion moments with familiar scenes like an animated music room, changing portraits (including Medusa), singing armor-instead of cemetery statues, and even a brief cameo by some very familiar following faces (as if they were taken directly from the Mansion’s library). While dark and devious, Mystic Manor is equally lighthearted and fanciful, benefiting from its Danny Elfman-composed score.

With worldwide wall to wall creeps and hot and cold running chills in 5 different theme parks, the Haunted Mansion manages to materialize spirited fun within each of its ethereal experiences. Blending a brilliant mix of frightening and funny, Disney’s gathering of gruesome ghosts and frightful fiendish fun has found favor with fans around the globe. 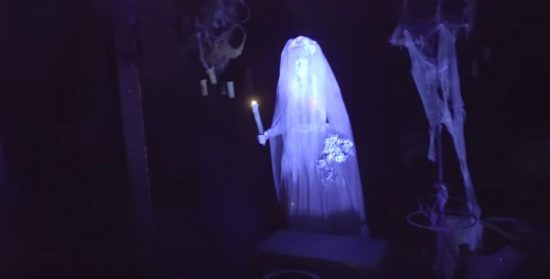 With 5 different dark delights happily haunting around the world, which of these Mansion variations is your favorite haunt?  Please politely post your ghost story in the comments. 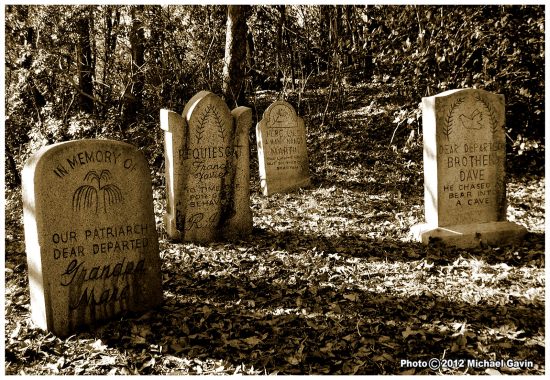