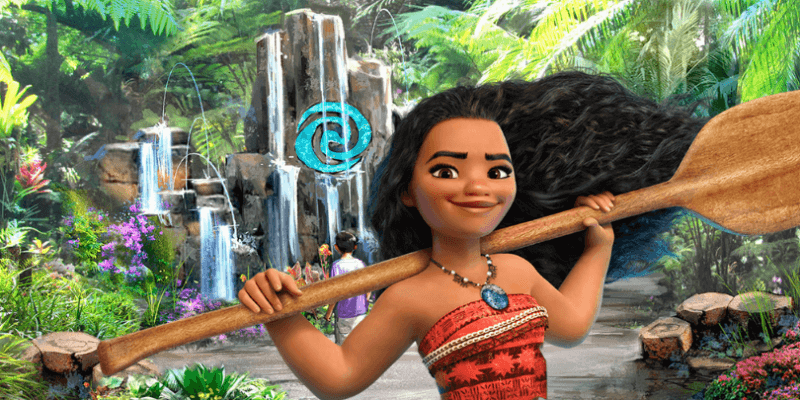 We learned on the Thursday night, media preview of D23 Expo weekend, that Epcot will be getting an all-new attraction themed after Disney’s Moana called Journey of Water. But after attending the expo’s Disney Parks panel, we learned so much more. Here’s everything we know so far about Epcot’s new attraction inspired by our new favorite Disney heroine, Moana.

It’s not a ride–it’s an experience

Keep in mind that while Epcot is, in fact, getting a Moana-inspired attraction, it’s not a ride–it’s an experience. By that, we mean, as Disney describes, the attraction “will let guests interact with magical, living water in a beautiful and inspiring setting.” It’s not a ride like so many fans of the “Moana” film have hoped for, but it will definitely allow guests to feel immersed as though they are actually in the movie.

Don’t worry: it’s not replacing anything

Even though Epcot is going through a massive overhaul, the all-new Moana attraction won’t be replacing any existing attraction at the theme park. It will be located in the newly reimagined World Nature, one of the three new worlds replacing Future World at Epcot. The Land and The Seas pavilions are also located in World Nature, so it seems like this new attraction will fit right in.

We don’t have an opening date yet

Although Disney certainly hyped up the all-new Moana attraction, they didn’t reveal much. We still don’t know when it’s going to open, but even though it will take a lot of creativity and Imagineering to bring to reality, we’re sure it won’t take as long as it would if the attraction was an actual ride. It sounds like, as with much of the rest of Epcot, it will be ready in time for Magic Kingdom’s 50th anniversary. But, no official opening date has been revealed for Journey of Water (or the other attractions and experiences announced at the Disney Parks panel).

What we don’t know

Of course, we mentioned that we don’t know the opening date for Journey of Water. But we also don’t know whether or not Moana will have a strong presence in the attraction itself. We can see some symbolism from the movie in the concept art. But beyond that, will there be any Moana artwork? Will the background sounds and music be influenced by the film score? Will there even be a meet and greet with Moana herself? There’s so much we still don’t know, and while we wish more had been revealed at D23 Expo, we’re still excited to find out.

For even more information about what’s coming soon to Disney Parks, check out our recap of the D23 Expo 2019 Disney Parks, Experiences, and Products panel. And to see Walt Disney World for yourself, click here for a free vacation quote from the Authorized Disney Vacation Planners at Academy Travel!

Are you excited to experience Moana’s new Journey of Water attraction once it opens at Epcot? Let us know in the comments!