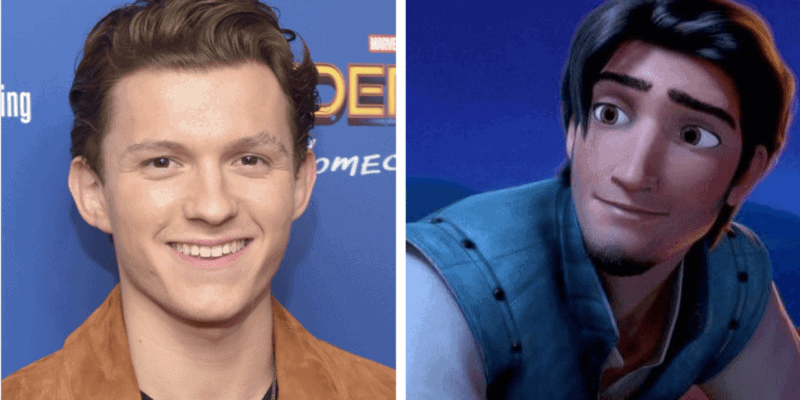 In recent years, Walt Disney Studios has begun remaking many of their classic animated feature films as live-action movies that will appeal to both original viewers and a whole new generation of young Disney fans.

First, Cinderella got the live-action treatment, followed by Beauty and the Beast, Aladdin, The Lion King, and Mulan. More real-life remakes are in the works, with The Little Mermaid set to begin shooting soon.

Recently, Marvel star Tom Holland, who plays Spider-Man in the Avengers universe, shot down rumors that he would be willing to play Flynn Rider in a live-action version of Tangled.

“I really like that film. There’s a lot of these live-action versions of animated films that I loved as a kid and I’m like, ‘I don’t know if we need them.”

You can listen to the full interview in the video below:

When it was announced that a live-action version of Tangled is in development in February of this year, fans immediately started vying for actress Dove Cameron to play the leading role of Rapunzel, voiced by Mandy Moore in the animated flick.

Cameron agreed, Tweeting “same” in response to a fan who wrote:

Cameron is best known to Disney fans for playing Mal in the Descendants franchise. So, while we may not get our wish to see Holland try his hand at playing Flynn Rider, it sounds like another fan-favorite is onboard to play the main character in the upcoming Tangled remake. However, nothing has been confirmed and this is just fan speculation.

Few details are known about development and it is important to remember that many projects were thrown into flux due to the pandemic. Stay tuned to Inside the Magic for more details about the new Tangled project as they emerge.

Since Tom Holland won’t be playing Flynn Rider, who do you think should be cast to bring the smolder as the endearing rogue in the live-action Tangled movie?