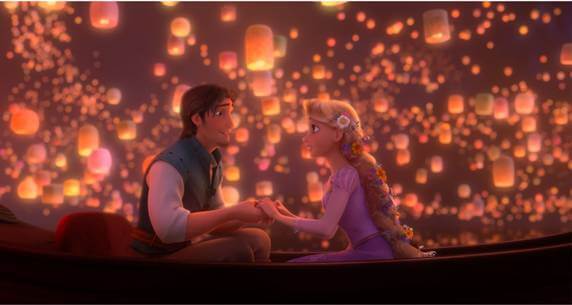 Get ready Disney fans — It looks as though we may be getting another live-action movie remake.

This just in, according to The DisInsider, Disney Studios may be currently working on developing a live-action Disney film of Rapunzel! We are unsure at this time if the movie will follow the storyline of Tangled or if it will be its own version of Rapunzel’s story, but either way we cannot wait for this one.

It is currently being reported that screenwriter Ashleigh Powell has been hired to write the script. Some of Powell’s old work includes writing the screenplay for The Nutcracker and the Four Realms.

In regards to production, Michael De Luca (Captain Phillips) and Kristin Burr (Christopher Robin) are being looked at while Zoe Kent (Lilo and Stitch remake) is being looked at to executive produce. Jessica Virtue (Mulan remake) and Lucy Kitada are currently rumored to be overseeing the live-action Rapunzel film. We are unsure of a director at this time.

Something else to keep in mind is that it looks as though this will be a theatrical release as opposed to something released specifically on Disney+, such as the live-action Lady and the Tramp.

Though at this point, Disney has yet to confirm this rumor, but they did post this Disney side by side of Tangled storybook to animated film video to their social media today (could this be a hint?)

See Rapunzel and Flynn in a new light! ?

In the meantime fans can look forward to the live-action remake of Mulan, which is set to debut in theaters on March 27, 2020, as well as the upcoming live-action Cruella and live-action Lilo and Stitch.

In 2017, Disney also developed a television series titled Tangled The Series in 2017, since the 2010 Disney animated feature film was so popular. To this day, Rapunzel is one of the most liked Disney Princesses alongside the dashing Flynn Rider.

If this turns out to be true, the live-action Rapunzel film will join other Disney live-actions such as Jon Favreau’s The Lion King and The Jungle Book, as well as Dumbo, Aladdin, Pete’s Dragon, Mary Poppins Returns, and more.

There has also been talks of a live-action The Fox and the Hound, Peter Pan, and more.

What other live-action remakes would you like to see Disney develop? Let us know in the comments.

Comments Off on This Just In: Disney Is Reportedly Making A Live-Action Rapunzel Movie