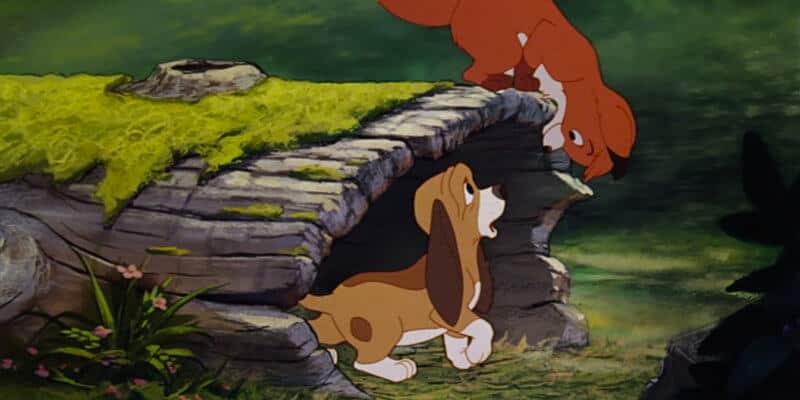 “Fox and the Hound” may be one of the most underrated Disney films of all time. The story, the characters, the impact…Disney really knew what they were doing when making this classic. Now, it may be returning to the big screen.

Disney is reportedly in the early stages of developing a live-action film based on the 1981 animated classic. Although nothing has officially been confirmed by the studio, the film will most likely be part of Disney’s all new streaming service, Disney+.

This heartfelt original Disney film tells the story of two pals who tried to remain friends despite what society told them. Todd, the fox, and Copper, the hound dog, became the best of friends and were inseparable, but with their masters watching over them, they soon realized they should be enemies.

You may recognized some famous voices who were part of the original, including Mickey Rooney, Kurt Russell, Pearl Bailey, Jack Albertson, and many more. And though we don’t know who yet will make up the cast of the live-action remake, we bed Disney will try to bring back some big named stars, if the movie really is in the works.

This is by far the first live-action remake Disney has done that included animals. In 2016, Jon Favreau directed a live-action version of “The Jungle Book”, and more recently he directed “The Lion King.” There is also a live-action remake of “The Lady and the Tramp” that will be coming to Disney+ in November. All we know is if “Fox and the Hound” does become a remake, we need make sure we have a box of tissues.

Disney+ will also be home to several Disney films, Disney television shows, as well as brand new Disney+ originals such as “Loki”, a new “Lizzie McGuire” tv series, and Marvel’s “What If.”

Disney+ will launch in the United States on November 12.

Do you want to see a live-action version of the Disney Classic “Fox and the Hound”?