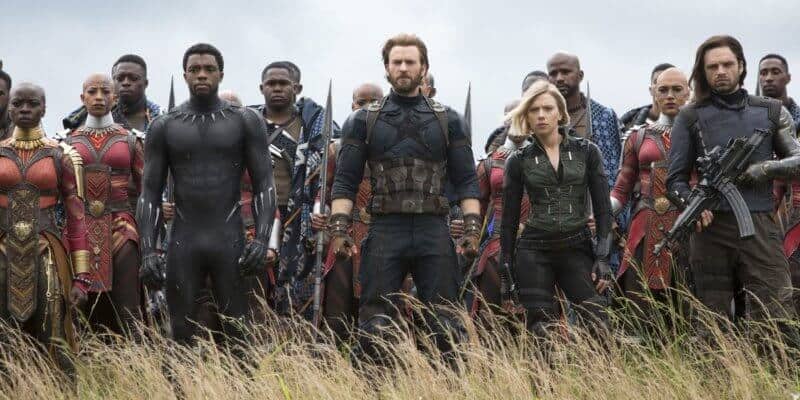 We all know and love the Marvel Cinematic Universe–Captain America, Thor, Hulk, Black Widow, and of course, Spider-Man, and so many more. These super heroes may be our idols and people we look up to, but that doesn’t mean they are perfect. Even Marvel’s beloved films have had their fair share of mistakes. Here are some of the biggest mistakes that even the filmmakers have owned up to.

In “Spider-Man: Homecoming” fans noticed something a bit strange about the timeline. The film was initially set to take place eight years after the events of “The Avengers,” but when Marvel released the timeline of all their films, something didn’t add up.

The official timeline confirmed that “Spider-Man: Homecoming” took place in 2016, which is only four years after the events of “The Avengers”.

The infamous Infinity Gauntlet — created by Eitri (Peter Dinklage) and stolen by Thanos so he could, at the snap of a finger, wipe out half of the world’s existence.

But “Infinity War” wasn’t the first time Marvel fans had seen the famous glove as it made an appearance in “Thor,” “Thor: Ragnarok,” and in “Avengers: Age of Ultron” during the post-credits scene. So who actually made the gauntlet?

“Infinity War” writers Christopher Markus and Stephen McFeely decided to clear some things up as they told Collider, “I think the Gauntlet was made when Loki was pretending to be Odin. Presumably, Eitri was running a relatively regular business and people would come there for things and somebody would have said something.”

But this still left fans confused as Loki only shape-shifted into Odin at the end of “Thor: The Dark World”, which took place in 2013. So we’re still unsure how the Infinity Gauntlet existed in “Thor,” taking place in 2011.

We know him. We love him. We idolize him. The one and only Stan Lee always made sure to pop up in Marvel films, whether that be his Hugh Hefner cameo in “Iron Man” or the librarian in “The Amazing Spider-Man,” but that doesn’t mean he, too, doesn’t make mistakes.

During the post-credits scene of “Guardians of the Galaxy Vol 2”, it was confirmed that Stan Lee was in fact, a part of every single Marvel movie. As you may remember, Lee is seen on a different planet with the species known as the Watchers. Lee reminisces of all the appearance he has had within the Marvel films. But as he goes through, something doesn’t add up.

Lee references his appearance in 2016’s “Captain America: Civil War” as a FedEx man, but the problem is “Guardians of the Galaxy Vol 2” took place two years earlier, in 2014.

During a Facebook Live event, James Gunn owned up to the mistake saying, “Yes, I know I made a mistake. I’ll own up to my mistake because Guardians of the Galaxy 2 theoretically happens in 2014 which is before Infinity War. And Stan Lee in the movie says, ‘That time I was the Fed Ex guy,’ which is what he is in Civil War. I screwed up; I wasn’t thinking, But I’m going to say that probably Stan Lee used the guise of a Fed Ex guy more than one time.”

We understand the cast of Marvel’s “Avengers: Endgame” was huge and there would be no way possible to fit everyone on the movie poster. But that isn’t what outraged fans.

The filmmakers managed to fit a total of 13 characters on the poster, but if you look closely, they only placed 12 names. It didn’t take long for fans to realize Danai Guira’s name was missing.

After fans took to Twitter to voice their opinion, Marvel decided to Tweet out an all new poster that included Guira’s (who plays Okoye)name, along with the caption “She should have been up there all this time. Check out the official Marvel Studios’ #AvengersEndgame poster.”

She should have been up there all this time. Check out the official Marvel Studios' #AvengersEndgame poster. @DanaiGurira #WakandaForever pic.twitter.com/5V1veWMxlz

What other fan theory mistakes are there in the Marvel Cinematic Universe? Let us know in the comments.