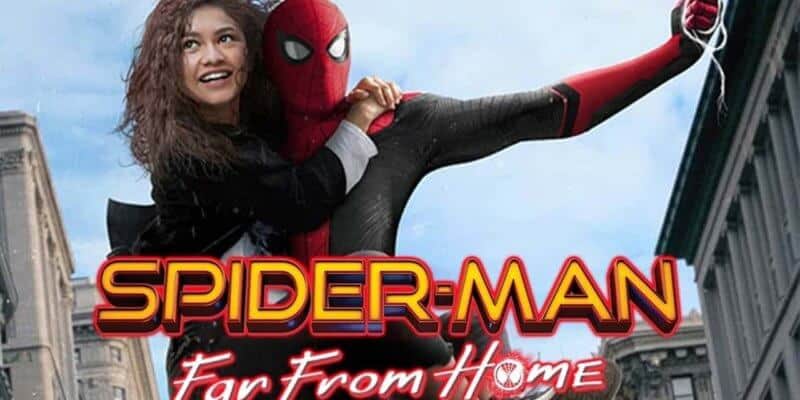 Disney and Sony have confirmed that Spider-Man will no longer be a part of the Marvel Cinematic Universe. And even though we’re still holding out hope that this isn’t the end and the two media giants reconcile their differences in the future, we also know that we probably won’t be seeing Peter Parker in an MCU film anytime soon.

Still, the Disney-Sony split has a lot of fans wondering: where do we go from here after that unexplained cliffhanger at the end of “Spider-Man: Far From Home“? “Far From Home” was a great follow-up film to “Avengers: Endgame” and tugged at fans’ heartstrings enough while still providing some closure, both for the audience and for the characters themselves (namely, Peter Parker and Happy Hogan). But as many have pointed out, the two post-credit scenes in “Far From Home” make it very clear that the film — and consequently the “Spider-Man” film that should follow it — is still strongly connected to the MCU.

So, how will Marvel actually fix the cliffhanger at the end of “Spider-Man: Far From Home”? Fans of the Avengers are weighing in.

One Reddit user RusVir recently shared his take on what Sony can do to reconcile the cliffhanger and provide fans with a continuation of the Spider-Man story. Here’s what he shared:

If Spidey doesn’t make it in the MCU (but hopefully they can at least make an arrangement for one last cameo so that he gets a proper sendoff):
In the post credits scene of Doctor Strange In The Multiverse Of Madness, Peter approaches Strange for help after he’s been framed and exposed. Strange offers him a portal into an alternate universe which he has determined is “very much like this one, except you and your aunt don’t exist there, so you should be able to fit in.” None of the Avengers exist there either, but there are also almost no cosmic or otherwise Avengers-level threats, so it’s relatively safe. Left with no choice, Peter takes one last longing look at the world he’s leaving and then he and May disappear into the portal.
[Continued in Sony’s Spider-Man 3] Having arrived in the “Venom-verse”, Peter and May try to settle in and start a new life. But soon Peter realizes that Dr. Strange was wrong — there IS another version of himself in this universe — he just goes by a different name: Ben Reilly; and he’s got spider powers too!
​
On the other hand, if Spidey stays in the MCU:
Scarlet Witch might be able to help him out. Using her mind stone powers, she could possibly make the whole world forget Spider-Man’s identity.
But, as a consequence, literally everyone forgets about him – including Ned, MJ, May, Happy, Pepper, Fury/Talos, Hill/Soren and all of the Avengers, even Wanda herself! Now Peter is truly on his own — no Stark tech, no SHIELD support, no Avengers affiliation. We finally get an independent Spider-Man like many fans wanted, without leaving the MCU!

Both theories pose some interesting options for how Parker’s story could continue, and we especially appreciate the fact that the third “Spider-Man” film starring Tom Holland could go in a few different directions depending on whether or not Disney and Sony can reach a better agreement in the future.

But since it has only been a few weeks since the announcement of Spider-Man’s split from the MCU, we’re sure even more fan theories will continue to emerge as time passes. We hope that Disney, Sony, or hopefully both soon reveal their plans (or lack thereof) for the character sooner rather than later. For now, we’ll keep hoping for Peter Parker’s return, but we may be just as likely to see him in another MCU film as we are to see Tony Stark again.

What do you think of this fan’s theory? Let us know in the comments!