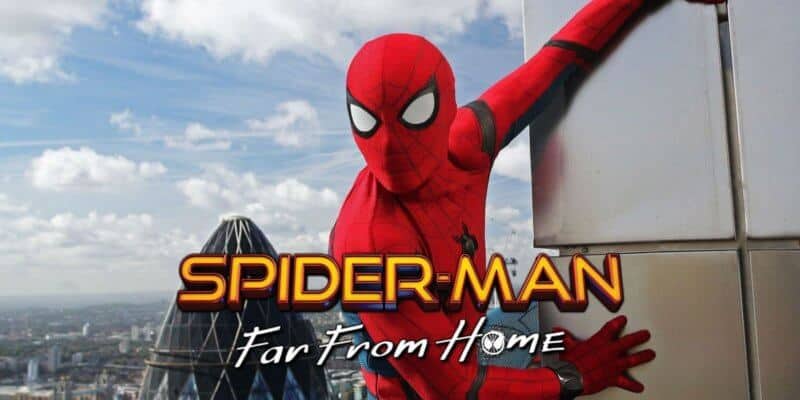 “Spider-Man: Far From Home” is far from a flop. The latest Marvel flick has broken box office records and rose to become the second-best July 4th film ever (“Transformers” still holds first place). If you’ve been debating whether or not to see the newest installment in the Marvel Cinematic Universe, it’s time to head to the theater, because this sequel is only going to get more successful.

Deadline reports that if “Spider-Man: Far From Home” mimics the trajectory of “Despicable Me 2” or “Amazing Spider-Man” (both of which also premiered the week of July 4th and raked in large box office earnings), the film’s six-day gross could reach up to $180 million, or at least a minimum of around $85 million. On Thursday, the film earned a whopping $25.2 million at the box office, which put it in the second-place slot for films with debuts the week of July 4th, so it wouldn’t be a surprise if the film made a domestic total of over $125 million by the end of the weekend. Either way, our Spidey senses are tingling and telling us that “Far From Home” is a must-see whether or not you’ve even seen the first film.

If you’re not caught up on Spider-Man’s current place in the MCU, here’s what you need to know before seeing “Far From Home.” The film is a sequel to the first installment of the current Spider-Man series, “Spider-Man: Homecoming,” and follows Peter Parker, a 16-year-old high school student who’s recruited to save the whole world on a European field trip. The film has a star-studded cast, with Tom Holland in the titular role, actors like Samuel L. Jackson, Zendaya, Cobie Smulders, Jon Favreau, Jacob Batalon, and Marisa Romei reprising their roles, and Jake Gyllenhaal joining the cast as Mysterio. “Far From Home” is also the 23rd Marvel movie, and as Variety reports it topped the previous MCU Wednesday mark set by “Avengers: Endgame” with $25.3 million. “Spider-Man: Homecoming” earned box office success during its opening week, and it’s clear that “Far From Home” is following suit, especially since fans are looking to the film for their answers to their questions regarding how the MCU will continue after the events of “Endgame” (if you know, you know).

As Marvel fans, we’re happy to see the latest MCU installment is raking in impressive earnings at the box office. We just hope we won’t have to wait too long before another awesome film is announced. For now, we’ll be rewatching our favorite superhero flicks as much as we can (and booking tickets to see “Spider-Man: Far From Home” again).

What do you think of the current box office success of “Spider-Man: Far From Home”? Let us know in the comments!

Comments Off on “Spider-Man: Far From Home” breaks box office records with second-best July 4th ever