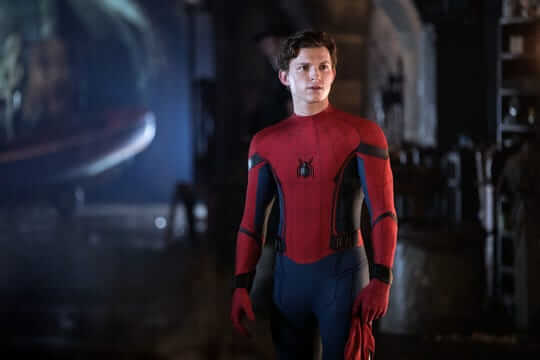 “Spider-Man: Far From Home” jut hit theaters this week, and many fans think it’s the perfect follow-up to the emotional rollercoaster that was “Avengers: Endgame.” But the film’s star is letting it be known that the Marvel Cinematic Universe is far from finished, and when it comes to representation, the movies have a long way to go.

In a recent interview with Gay Times, Tom Holland, who stars in the titular role in “Spider-Man: Far From Home,” called for more diversity in the MCU, saying that the studios need to represent more than the “straight white guy.”

“I can’t talk about the future of the character because honestly I don’t know and it’s out of my hands. But I do know a lot about the future of Marvel, and they are going to be representing lots of different people in the next few years,” Holland said in the interview. “The world isn’t as simple as a straight white guy. It doesn’t end there, and these films need to represent more than one type of person.”

Comicbook points out that in the newest incarnation of Spider-Man films, Peter Parker’s friends, love interests, and even rivals are predominantly people of color in order to more accurately reflect the demographics of today’s NYC and Queens neighborhoods. “Spider-Man: Homecoming” subverted audience expectations of race with Parker’s high school crush Liz being the bi-racial daughter of Vulture. And Marvel welcomed its first openly trans actor in “Spider-Man: Far From Home.” The lead role in the latest “Spider-Man” films is indeed played by a straight white male, but the Marvel team behind “Spider-Man” seems to be making a conscious effort when it comes to on-screen representation.

Still, the most diverse cast in an MCU film debuted in 2018 with the premiere of “Black Panther,” and while we’re eager to see the film’s sequel, we also don’t want Marvel’s definition of diversity to stop there. The upcoming Black Widow film will be the second female-led film in the franchise, we’ll get our first Asian-led production when “Shang-Chi” hits theaters, and it’s been rumored that major LGBT+ Marvel characters will be making their debut soon. We’re not sure how long it will be until the “straight white guy” isn’t the dominant trope represented in the Marvel Cinematic Universe, but we’re excited and hopeful to see what happens next.

What do you think of Tom Holland’s perspective on representation in the MCU? Let us know in the comments!