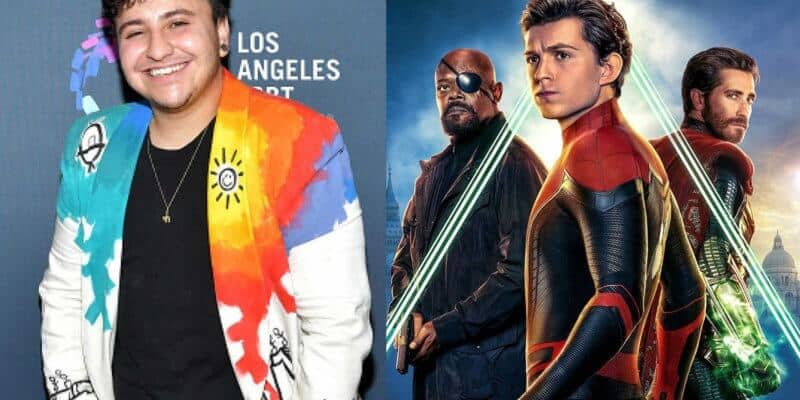 In a step forward in including more diversity in its films, Marvel Studios has officially welcomed its first openly trans actor in “Spider-Man: Far From Home.”

Zach Barack, a 23-year-old actor from the northern suburbs of Chicago has taken on the role of one of Peter Parker’s classmates, a friend of the superhero who gets caught up as mysterious forces create mayhem worldwide. Before Barack landed the role, he had planned to spend his summer working at a local Chicago restaurant. But instead, he got to take on his first-ever major film role, which was a dream come true for the actor.

In an interview with Variety, Barack exclaimed his excitement of seeing himself in his first major movie role. “I’m kind of losing my mind a little bit, but I’m acting like I’m not,” Barack laughed. “I don’t know that it fully has [sunk in]…I don’t quite have the capacity to explain how meaningful it is to me.”

While discussing Barack’s excitement of being featured in the film, he also discussed the importance of superhero stories in general, which he believes in some respects are “inherently trans.”

“I’m not by any means an expert on comics, but I read them growing up, you know, and they were important. And there’s something very inherently trans about those stories, especially ones where identity and hidden identity is part of them,” he told the outlet. “For example, Peter Parker’s journey [in Spider-Man: Homecoming] is a lot about balancing being a teenager and having this other part of your life,” said Barack.

“And that is just so trans, it’s something that I absolutely think I’ve felt on a daily basis sometimes – especially being a transmasculine person because sometimes there’s a pressure to be a different way than I feel naturally inclined to do because I want to fit in, and I have to actively fight that instinct,” he continued. “But the fact of the matter is, being in this movie is so beyond incredibly meaningful and I hope that it means something to other people.”

Growing up, Barack didn’t see many trans characters on screen and he says he never really felt represented until Laverne Cox started on Netflix’s “Orange is the New Black.”

“I don’t think I actually saw like a person that I consciously knew was actually trans in any form of media until was like maybe 17, 18,” he said. “Before that the only thing I’d seen was ‘Boys Don’t Cry,’ which not only doesn’t have a trans person in it, but is a really brutal story and the prospect of coming out wasn’t super exciting after seeing that. When I saw these messages of other people sort of being like, ‘it’s really meaningful’…I remember I cried the first time I saw one of those, because I remember wanting to write those.”

Marvel Studios has gotten flack in the past for not having a large representation of LGBTQ+ characters. Although, president Kevin Feige and producer Victoria Alonso have both been quoted saying that they hope and are planning for more LGBTQ representation in the Marvel universe. Additionally, the Russo brothers just recently revealed that one of the current MCU characters will be revealed gay sometime soon.

What are your thoughts on Marvel Studios finally including a trans actor in one of their films? Let us know in the comments below!