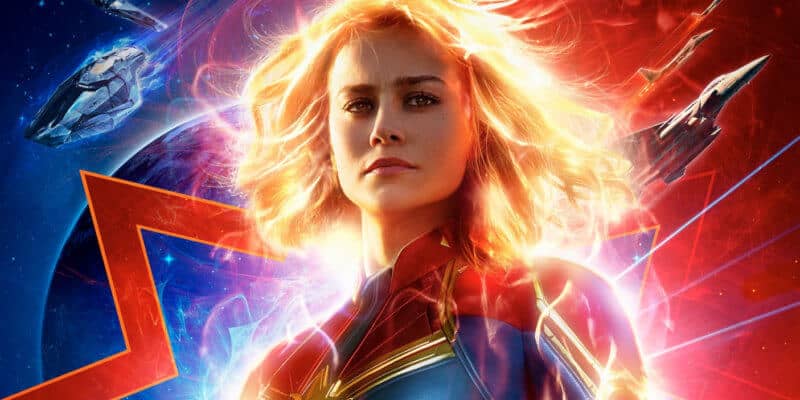 In a recent interview with EW, Joe and Anthony Russo confirmed that one of the Marvel Cinematic Universe superheroes will be revealed as gay in an upcoming film and new reports are now pointing to Captain Marvel as the unnamed LGBT superhero.

Before the Russo brothers revealed this major development in the MCU, which will be a major step forward for LGBT representation in film, other executives and big wigs at Marvel Studios had made similar comments about a possible upcoming gay superhero in the MCU in the past.

Just recently, Marvel’s Production Chief, Victoria Alonso stated in an interview about the topic that, “The world is ready, the world is ready.” Similarly, Kevin Feige, President of Marvel Studios, also stated a few months back to ET that the idea of a gay superhero arriving in the MCU is “percolating.”

As for the Russo brothers’ part in this, not only did they reveal that there is, in fact, a gay MCU character, but they also revealed that Kevin Feige should be making the announcement very soon, which leaves us wondering who it could possibly be.

Well, as it seems, the answer might be more obvious than we originally thought as many signs have been pointing toward Captain Marvel.

Starting from outside of the Marvel Cinematic Universe, Brie Larson, the actress who plays the character, has been very vocal about pushing for more inclusion and diversity in movies. In a recent interview, the actress stated, “I’m happy to be on the forefront of the normalization of this type of content and to prove once again that representation matters. Diverse storytelling matters, the female experience matters, and these are markers.”

Of course, Larson didn’t specifically point out that her character was gay in this statement. Although, some fans have noticed that Carol Danvers didn’t have an openly stated dating relationship or anything similar in “Captain Marvel” as compared to many other characters in their MCU origin films. However, a big relationship highlighted in the film was between Carol Danvers and Monica Rambeau, which a lot of fans have wondered about. Specifically, they were curious if the superhero might have had a past relationship with Monica Rambeau, which many fans have pointed out on Twitter.

I saw captain marvel. It was great. I would rate it: gay undertones for sure. pic.twitter.com/L4W2M4lwmp

Carol and Maria invented being gay I said what I said#CaptainMarvel pic.twitter.com/nMdsYPxQT1

gays who’s gonna tell them they were lesbians? #CaptainMarvel pic.twitter.com/wuoCw2sAVi

Brie Larson even got in on the discourse with her own Tweet:

Whether or not Captain Marvel is, in fact, the Gay MCU character doesn’t really matter all that much in the grand scheme of things as what really matters is that Marvel Studios is continuing to show the representation of even more groups of people on the silver screen, which is an incredible feat in itself.

The fact that LGBT people can not only be seen in one of the biggest film series in the world but also portrayed as a powerful and good-doing superhero that young children can look up to is a huge leap forward for the community!