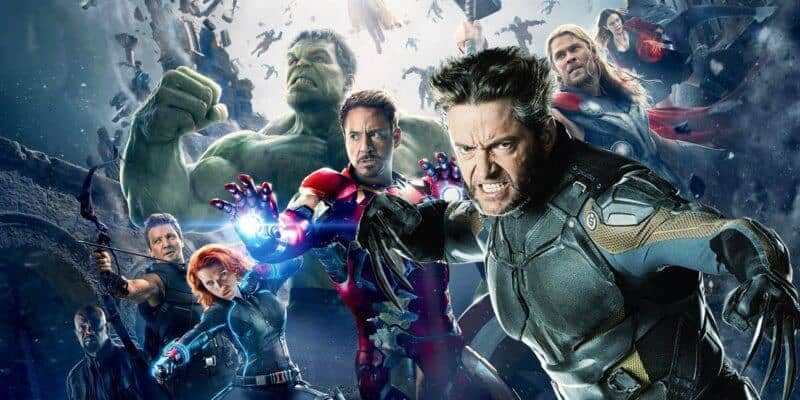 Marvel Studios President Kevin Feige recently spoke about some of the many changes coming to the Marvel Cinematic Universe. Specifically, the fact that there will be a Phase 4, which will release new films over the period of the next 5 years and that the new films involved could possibly include “X-Men.” However, according to io9, fans shouldn’t hold their breath for the possibility of seeing the Fox-owned mutants on screen anytime soon.

When “Avengers: Endgame” premieres in theaters in a few weeks, it will mark the end to Marvel Studios’ first 11 years of films. And beginning in 2020, the company will be starting its Phase 4 of its cinematic universe, which will be the next chapter of the larger story with new heroes. And according to io9, these new heroes will all feel the impact of the events of the past, including the merger of Disney and Fox and all of its Marvel characters.

“It’ll be a while,” Feige told io9 when asked about bringing the X-Men into the MCU. “It’s all just beginning and the five-year plan that we’ve been working on, we were working on before any of that was set. So really it’s much more, for us, less about specifics of when and where [the X-Men will appear] right now and more just the comfort factor and how nice it is that they’re home. That they’re all back. But it will be a very long time.”

Movies we know to be coming to this five-year Phase 4 plan include “Black Widow,” “The Eternals,” and “Shang-Chi.” Beyond that, other films to be coming to the new slate are not yet known. However, even though these films are under wraps and seem far away, according to Feige, fans should expect a whole new level of entertainment coming to the MCU.

“The slate that we’re building over the next five years [is] not apples to apples,” he said when asked to compare the past and the future. “It is two very distinct things and I hope they’ll feel very distinct. But there is a similar mentality going into it, which is ‘How can we continue to tell stories with some of the characters that audiences already know and love in a unique way, in a different way, in a surprising way, of which we have a lot of plans and ideas and work already going into it?’ [Then] ‘How can we introduce new characters that even hardcore fans, comic fans, have barely known or barely heard of.’ That’s really exciting too.”

Nowhere in that statement does Feige really draw to the “X-Men.” However, if you look into the past of MCU, crazier things have happened.

We first heard of Thanos when he was introduced in 2012 into the first “Avengers” film in a small part, years before he was anywhere near as significant of a character as he is now. Also, if you look at the addition of Spider-Man into the MCU, it’s kind of a similar story. At first, Spider-Man was not supposed to be included in the major Avengers franchise. However, Marvel and Sony made a deal for Spider-Man and then “Captain America: Civil War” changed rather quickly in terms of the addition of the web-slinging character into the film and franchise. With that said, it is possible that X-Men characters could just start popping up in some of the upcoming Phase 4 films.

Additionally, due to the fact that the merger between Disney and Fox was just finalized, there could be a few terms still standing in the way of Feige having the green light to confirm the addition of X-Men characters in future MCU films. Although, at this point, it is not known if it will happen in Phase 4 or ever.

It is not yet known when Phase 4 will be announced by Marvel Studios.

If “X-Men” characters were to start popping up in MCU films, which character would you want to see the most? Let us know in the comments below!