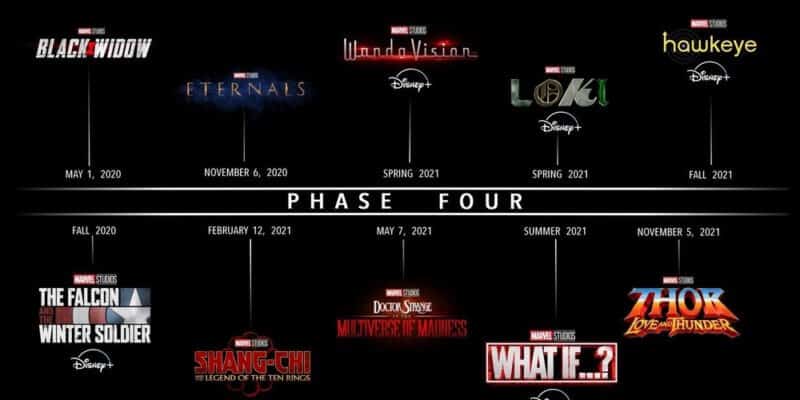 There has been a lot of news coming out of San Diego Comic-Con, and the big news that most people were waiting for was the Marvel Phase 4 announcement. Everyone wants to know what is going to be happening in the MCU moving forward. Especially coming off the heels of Avengers: Endgame and Spider-Man Far From Home. Thankfully, Marvel fans got their wish inside Hall H yesterday at Comic-Con, when Kevin Feige took the stage and dropped some bombshell announcements. There were definitely some surprises that were announced, and a few no brainers. 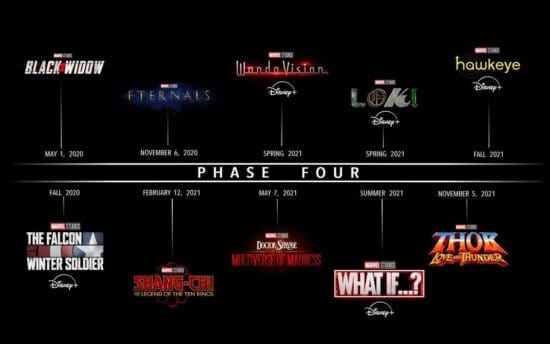 The full slate is rather impressive for multiple reasons. The main reason for me is that Marvel seems to be really steering into the Disney+ service. Which to me is a bold move and shows real faith in the new streaming service. But this was not the only thing announced, at the end of the panel Kevin Feige brought the house down.

Mr. Feige announced at the very last minute several different properties that would be making their way into the MCU. He then announced Black Panther 2, Guardians of the Galaxy 3, and Captain Marvel 2. He then dropped the news that there was a Fantastic Four film in production and a “mutant” film in production, assumed to be the X-Men. But then, he dropped a surprise that no one saw coming. He announced that a Blade film, staring acclaimed actor Mahershala Ali (Green Book, Moonlight) was in the works.

We don’t really know much about each individual project, but as a whole it was great to get a grasp on what Marvel is going to be up to in the coming years. WOW, that’s a ton of amazing news to wrap our heads around. Out of everything announced I am most excited about the “What If” series coming to Disney+ and hopefully a great Fantastic Four film. What about you? What are you most excited about coming to the MCU? Please comment down below with your most anticipated project from Marvel.

As we found out looking back at the Phase 3 annoucement and all the changes that subsequently came these releases can be moved around. But the general outline of Phase 4 is sure to be exciting.

Stay tuned to Inside The Magic and as more news comes out we will have it for you here.