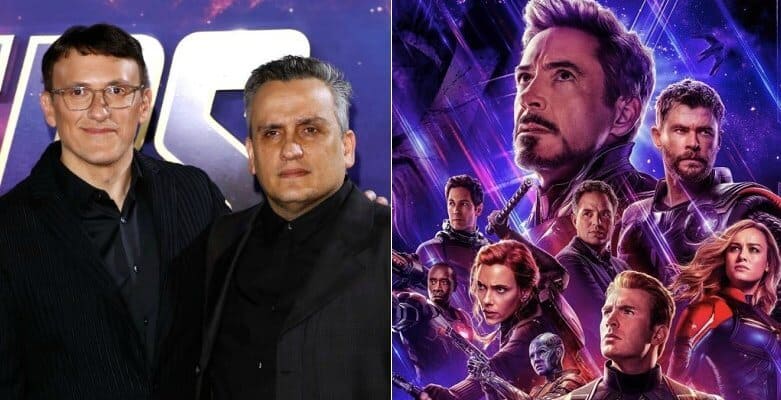 After “Avengers: Endgame” hit theaters last week, many fans took to the internet to voice their opinions about the apparent plot holes contained in the film. Fans have speculated about anything and everything from how Steve Rogers was able to travel back in time to be with Peggy Carter without affecting the future of the Avengers to why Iron Man had to be the one to perform the final snap. Needless to say, we were left with more questions than we anticipated after seeing the finale to the current Marvel Cinematic Universe film saga.

Well, fans didn’t have to speculate for long, because less than a week after “Avengers: Endgame” made its theatrical debut, the directors, Joe and Anthony Russo, answered many of fans questions (and put those plot hole speculations to rest). The Russo brothers revealed the answers to fan questions on the Chinese website QQ, and the interview was then translated by Reddit user gianben123. And, thanks to the Russo brothers, we can now share all of the reasoning behind the events of “Avengers: Endgame” with our Inside the Magic readers.

One of the most speculated events that takes place in “Avengers: Endgame” is the question of whether or not Captain America’s actions at the end of the film affected the timeline. As Professor Hulk establishes in the film, you can’t go back in time and change events of the past without it affecting your future. Given this, fans have been wondering how Steve Rogers was able to return to the year 1945 to be with the love of his life without affecting his future with the Avengers.

The answer, the Russos explained, is simple: Steve Rogers created an alternate reality.

“The time travel in this movie created an alternate reality. He lived a completely different life in that world…Yes, there were two Captain Americas in that reality, it’s just like what Hulk said, what happened in the past has already happened. If you go back to the past, you simply created a new reality. The characters in this movie created a new timeline when they went back to the past, but it had no effect to the prime universe. What happened in the past 22 movies was still canon.”

“You can’t change the future by simply going back to the past. But it’s possible to create a different alternate future. It’s not the butterfly effect. Every decision you made in the past could potentially create a new timeline.”

Another question that remains is why Iron Man was the Avenger to perform the final snap to put an end to Thanos. As long-time fans of the Marvel Cinematic Universe, having Tony Stark speak the words “I am Iron Man” and end Thanos with a snap felt like the perfect end to a saga that was 22 films in the making. But the Russos explained that they chose to have Iron Man perform the final Infinity Gauntlet snap simply because he was the character within the closest proximity to Thanos during that scene.

“Thor in this movie couldn’t do it, only Hulk was strong enough to do the snap without dying. We are still not sure whether Captain Marvel can also withstand all the power of Infinity Stones at once. The reason we choose to let Iron Man do it, in the end, was because he was the closest one to Thanos at the time. In all the futures Doctor Strange foresees, Iron Man was the only one who could get close to Thanos and do the snap. People usually think the death of a hero is a horrible tragedy. But we think this is different. When his death was able to bring back hope, to save half the universe, then his death was powerful and meaningful. We shouldn’t feel too sad or angry about it.”

There are plenty of other questions the Russo brothers answered during their Q&A, so we encourage you to read through the post to satisfy those plot hole speculations. Take a look Russo brothers’ entire interview with QQ below, courtesy of Reddit user gianben123:

Joe Russo’s Q&A about the plot of Avengers: Endgame in China from marvelstudios

What do you think of the Russo brothers’ explanations of the apparent plot holes in “Avengers: Endgame”? Share your opinions with us in the comments below!