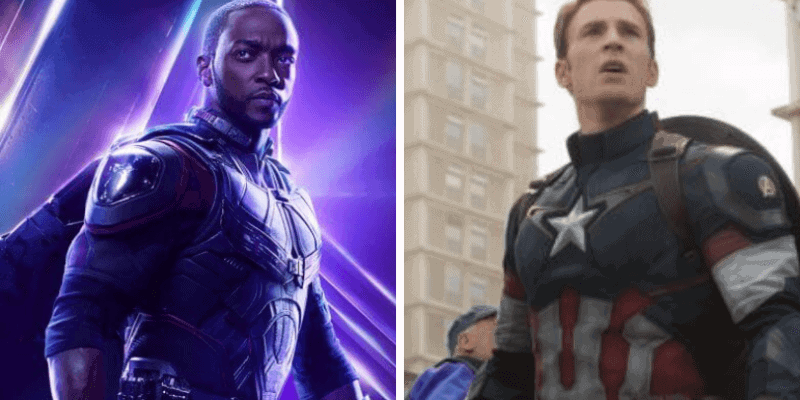 Spoiler Warning: This article contains details about the end of “Avengers: Endgame.”

If you were one of the record-breaking number of fans who have seen “Avengers: Endgame” since it hit theaters last week, you know that the end of the film provided viewers with an emotional finale to Captain America’s story. The film reveals that after the Avengers defeat Thanos, Steve Rogers travels back in time to return each of the Infinity Stones to their rightful places. But what fans may not have been prepared for is Rogers returning as an elderly man.

Here’s a recap of what happened at the end of the film. When Rogers almost instantly gets back from returning the Infinity Stones, we learn that it was his final mission as Captain America. Rogers reveals that after returning the stones, he went back to 1945 to be with the love of his life, Peggy Carter, just in time to stop himself from being frozen for 70 years. The film ends with Rogers and Carter dancing and embracing each other right before the credits roll.

Even though this is an incredibly heartfelt ending to Steve Rogers’s story, it definitely raised some questions for many fans after leaving the theater. First, we’re wondering how it was possible for Steve Rogers to alter his own future and stay in the past with the love of his life, while still sticking to the rule of time travel that was established earlier in the film (you can’t change the past and keep the same future).

The “Avengers: Endgame” directors Joe and Anthony Russo confirmed that Steve Rogers simply entered another dimension in which he could stay with Peggy, so we’re putting that question on hold. But secondly (and possibly most importantly) we’re asking this: did the directors use Steve Rogers to hint at another Captain America movie starring Sam?

Stay with us on this one. During the scene in which Steve is talking to Sam about how he went back in time to be with Peggy, Steve shares that he brought something back to this dimension with him: his Captain America shield. And since he’s much older now, he passes his shield onto Sam Wilson, indicating that Sam could use it better than he could at his old age. As We Got This Covered pointed out, this may have been directors Joe and Anthony Russo hinting at the possibilities of Sam, who we all know as Falcon, taking on the role of Captain America in the future.

“Interesting question, right? Maybe there’s a story there,” Joe Russo said. “There’s a lot of layers built into this movie and we spent three years thinking through it, so it’s fun to talk about it and hopefully fill in holes for people so they understand what we’re thinking.”

But even though we love the idea of Sam Wilson taking on the role of Captain America and paving the way for future films with Wilson as the main hero, we don’t want to get ahead of ourselves on this one. The Russo brothers already said that they don’t have plans to make any new Marvel films after “Avengers: Endgame.”

So if we are getting more Captain America movies, another director will have to step up to the plate. Still, we can’t help but get excited at the thought of a new era of the MCU starring Sam Wilson as Captain America. What could be better?

Do you think the Russo brothers were hinting at more Captain America films with Sam Wilson taking on the role? Let us know in the comments!