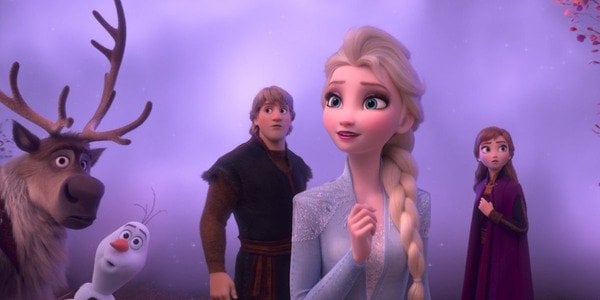 If you’re anything like the ITM team, you can’t get enough of the Frozen franchise. No matter how old you are, the adventures of Anna (Kristen Bell), Elsa (Idina Menzel), Kristoff and Sven (Jonathan Groff), and Olaf (Josh Gad) are heartwarming and exciting.

Nonetheless, when we started thinking about what would happen to the characters if Frozen 3 is ever made, we decided to go straight to a Frozen superfan — my four-year-old-daughter, Lilly.

I interviewed her about what should happen to each of the characters in her favorite Disney franchise and, from the sounds of it, the Frozen 3 gang should be headed for a high seas adventure. Take note, Disney — this actually makes sense since Anna and Elsa stumbled upon their parents’ wrecked ship in Frozen 2.

What should happen to Anna and Kristoff?

According to Lilly, “Anna and Kristoff should have three kids,” by the time Frozen 3 hits theaters. When I inquired about their names, she replied that she thought they would be, “Elsa, Percy, and Mia.”

While I can absolutely see Anna paying homage to her sister and naming her daughter “Elsa,” “Percy” and “Mia” are taken straight from Disney Jr.’s T.O.T.S. show, so they may not make a reappearance as new Frozen characters.

Regardless of names, the idea of Anna and Kristoff starting a family is undoubtedly intriguing. Not only would this allow Disney to expand on their massively successful Frozen and Frozen 2 merchandise collections with new dolls, apparel, and accessories, but it would open up the world of Frozen for more stories, movies, and series featuring an entirely new generation of characters.

What should happen to Elsa and Olaf?

From a four-year-old’s point-of-view, Elsa should be in for quite an adventure in the possible next Frozen movie. When I asked Lilly what Elsa is off to do when she and the Nokk go on their ride at the end of Frozen 2, she said they were visiting “the River of No Return” — a location I’ve invented for her when she goes on make believe pirate adventures.

According to my toddler, “they’re going to get hurt” while exploring the treacherous river and “Olaf is going to rescue them with a boat — a big boat.”

This actually sounds like a plausible storyline for our favorite group of friends, who always seem to find themselves in unintended scrapes. Plus, with the focus on water having memory in Frozen 2, I could absolutely see the filmmakers telling another tale that centers around H20.

And, in case anyone was curious, the boat is set to have blue sails.

What should happen to Sven?

Noticing the lovable reindeer, Sven, had been left out of Lilly’s foray into the Frozen 3 story, I asked what he was doing while all of this adventuring was going on.

She promptly informed me that “he is swimming!” I can just picture Sven swimming dutifully through the river alongside Olaf’s boat while going a rescue mission.

Related: Learn to Draw Frozen’s Sven With a Disney Animator!

It is important to note that — as fun as getting a take on Frozen 3 from my very own mega Frozen fan was — Walt Disney Studios has not yet confirmed that a third film in the franchise is in the works. However, director Jennifer Lee has hinted that there is a possibility of a third Frozen movie being made.

For now, we can continue pondering what might happen to all of our favorite Arendelle citizens if their story continues beyond the second movie! We’re sure the creative team behind the hit Disney animation saga already has plenty of ideas for another film.

One possible continuation of Disney‘s Frozen tale could be the return of Prince Hans, since he didn’t make an appearance in the sequel. Since the Frozen sequel didn’t have a villain in the traditional sense, it would be interesting to see if Anna’s former love interest returns to wreak havoc in the future.

And, of course, special thanks to Lilly for giving us true Frozen superfan insight.

What do you think will happen to Anna, Elsa, Kristoff, Sven, and Olaf if Frozen 3 is released?