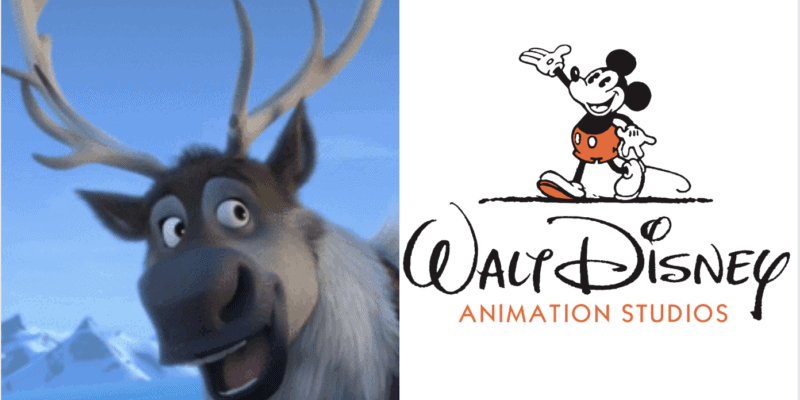 In the 15-minute long tutorial, Woodside provides step-by-step instructors for drawing Frozen’s beloved reindeer, Sven. Voiced by Jonathan Groff, Sven is arguably one of the Frozen movies’ most amusing characters (no offense to Olaf).

Whether you want to learn to draw Sven solo or have a sketching competition with your family, check out the entire Disney animation tutorial below:

No matter what your artistic skill level is, you should be able to follow Woodside’s tutorial. Watching this Disney animator hard at work at his animation desk almost transports the viewer into Disney’s animation offices alongside him!

For more #DrawWithDisneyAnimation, check out the Walt Disney Animation Studios Facebook page. If you’re interested in drawing classic Disney characters, check out this fun “Mickey Mouse through the decades” animation video. You’ll feel like one of the Nine Old Men by the time you’re finished with all of your Mickey sketches.

Learning to draw Sven is the perfect activity to kick-off a Frozen 2 movie night at home! The hit film dropped on Disney+ three months before it was scheduled to, making it easier than ever to watch. The original Frozen and Olaf’s Frozen Adventure are also streaming on the Disney platform, so you can make it a marathon.

Don’t forget to add some Arendelle-worthy dishes to your Frozen 2 screening with recipes inspired by all of your favorite characters! We think the Kristoff Ice Box cupcakes look especially delicious.

Are you going to try your hand at drawing Sven the reindeer? Let us know in the comments and don’t forget to share your Disney animation attempt on social media using the #DrawWithDisneyAnimation hashtag!

Comments Off on Learn to Draw Frozen’s Sven With a Disney Animator!