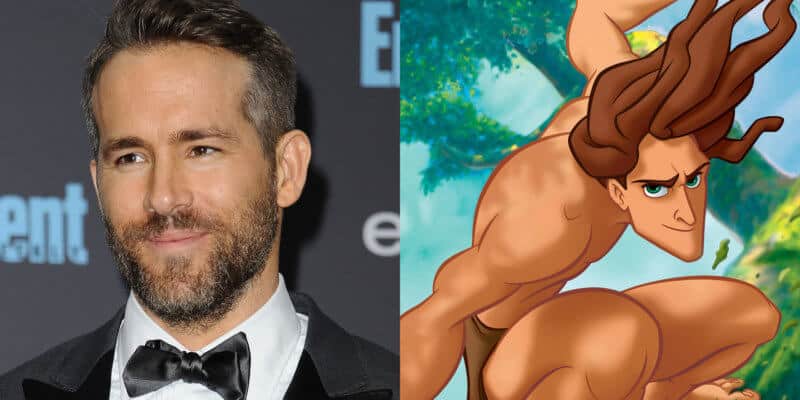 As Disney continues to see great success by reimagining some of its classic and beloved movies through live-action remakes, it seems another has been added to the list: “Tarzan.” And to take on the lead role, the company is believed to be looking at Ryan Reynolds.

Recently, Disney has seen great success with its remakes of some of its early animated films of “Aladdin,” “Dumbo,” and “The Lion King.” So the possibility of the company wanting to revisit the beloved jungle man capable of swinging from vines isn’t that crazy of an idea.

According to We Got This Covered, the project is still in the “early stages of development.” Additionally, it seems Ryan Reynolds is only on their wishlist of actors they’d be open to see taking on the role of Tarzan. Whether or not the company has reached out to Reynolds is unknown at this time.

If Disney were to choose to take on creating the film, this would be the second live-action re-imagination of the classic character. Alexander Skarsgard originally took on the role in “The Legend of Tarzan,” (2016) which was distributed by Warner Bros. The movie had mixed reviews. However, it did make a profit for the company at the box-office as it grossed over $356 million against a $180 million budget.

Of course, how cool would it be to see Ryan Reynolds take on the role of Tarzan? Now that Disney has acquired 20th Century Fox, Reynolds could be working much closer with the big mouse since Deadpool is officially a Disney owned Marvel property.

For those not familiar with the original Disney film, it followed the orphaned Tarzan, who grows up in the African wilderness under the care of gorillas. But when a British expedition enters the jungle, Tarzan comes across Jane who he recognizes as human and falls in love with her. After developing feelings for the explorer, Tarzan becomes torn between embracing civilization while also staying with his gorilla family, which becomes threatened by the ruthless hunter Clayton.

What are your thoughts on Disney possibly doing a live-action Tarzan remake with Ryan Reynolds starring as the lead? Let us know in the comments below!