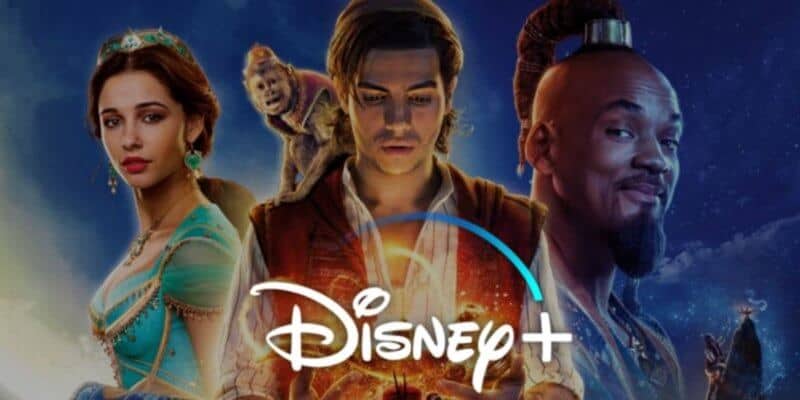 Earlier we found out that Disney’s live-action The Lion King was making its debut on Disney+ on January 28, 2020, but now we have even more exciting news! Another live-action Disney film will be making its way to Disney’s new streaming service, and it’s sooner than you may expect.

Disney has officially announced that the 2019 live-action remake of Aladdin will be coming to Disney+ on January 8, 2020 in the US, Canada and Australia. It will also be released on December 29 in the Netherlands and January 18 in New Zealand.

Disney’s live-action film, Aladdin, was a huge success for The Walt Disney Company and even broke records, earning more than $1 billion at the box office.

It follows the story of the Disney Animated Classic and stars Will Smith as Genie, Mena Massoud as Aladdin, Naomi Scott as Jasmine, Marwan Kenzari as Jafar, and Navid Negahban as The Sultan.

Disney brings the thrilling story that we loved as children to the big screen with vibrant colors, beautiful songs, and action-packed scenes. This live-action adaptation of the animated classic, Aladdin, is sure to be a hit for the entire family.

Follow along on the adventurous tale of street rat, Aladdin, the independent Princess Jasmine and the hilarious, but loyal, Genie who may just be the key to the duo’s future.

Disney’s live-action remake of Aladdin is directed by Guy Ritchie, who also co-wrote the screenplay with John August.

If you aren’t yet signed up for Disney’s new streaming service, Disney+, you can subscribe here.

Are you excited to see Disney’s live-action film Aladdin make its way to Disney’s new streaming service, Disney+? Let us know in the comments.