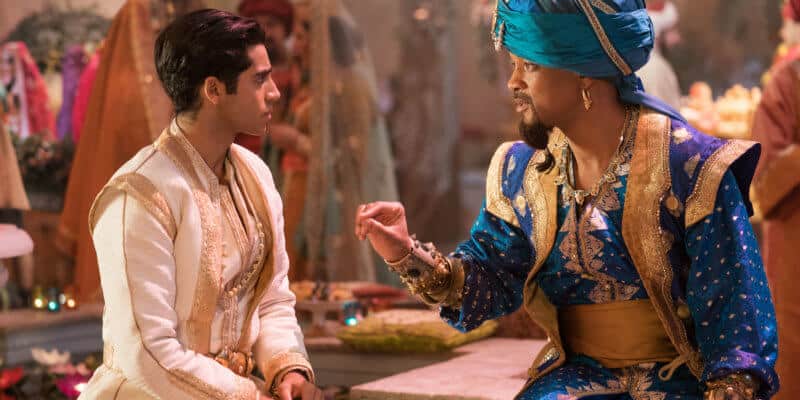 It’s a whole new world of success for Disney’s “Aladdin.” The new live-action version of the classic Disney story has won over the hearts of fans worldwide and made over $200 million at the box office this weekend, including over $100 million in North America.

“Aladdin” even outperformed opening weekend projections, with it predicted to make between $75 and $85 million in its first four days of opening (ir surpassed $86 million in just three). So far, “Aladdin” is also the third-highest domestic film opening of 2019, following “Avengers: Endgame” and “Captain Marvel.”  It’s also the sixth most successful Memorial Day Weekend premiere, a weekend that has been historically slow for the box office. “Aladdin” was even released on 4,476 screens, Disney’s widest ever Memorial Day Weekend film release.

“‘Aladdin’ is performing exactly the way we were hoping,” Disney distribution chief Cathleen Taff said to Variety. “We should see strong performance in the coming weeks as we get into the summer season.”

If the film’s weekend success hasn’t yet persuaded you to go see it, take a look at the official trailer below:

The response to “Aladdin” has been incredible among Disney fans, including long-time fans of the original animated film. But we’d be lying if we didn’t say we knew “Aladdin” would be successful. Remakes of classic Disney films have been pretty divisive among fans, but “Aladdin” may very well be our favorite recent remake yet. Although critics on Rotten Tomatoes have given the film a 58% score, “Aladdin” already has a 93% audience score, which goes to show that Disney fans have significantly enjoyed this film.

“Aladdin” is currently at the top, but as Business Insider reports, it may be tough for it to stay there. Coming up this week is the all-new “Godzilla” film by Warner Brothers, Paramount’s much-anticipated Elton John tribute film “Rocketman,” and Universal’s latest Blumhouse release “Ma.” All three of these already have fanbases behind them, so we wouldn’t be surprised if one of these films surpassed “Aladdin” and took the top film slot. Still, when it comes to films like “Aladdin,” fans are known for hitting the theaters more than once. We don’t know about you, but we’ll be seeing “Aladdin” at least one more time in theaters before the film is available on Disney+ later this year.

Are you as much of an “Aladdin” fan as we are? Be sure to enter our Magic Carpet Giveaway here!