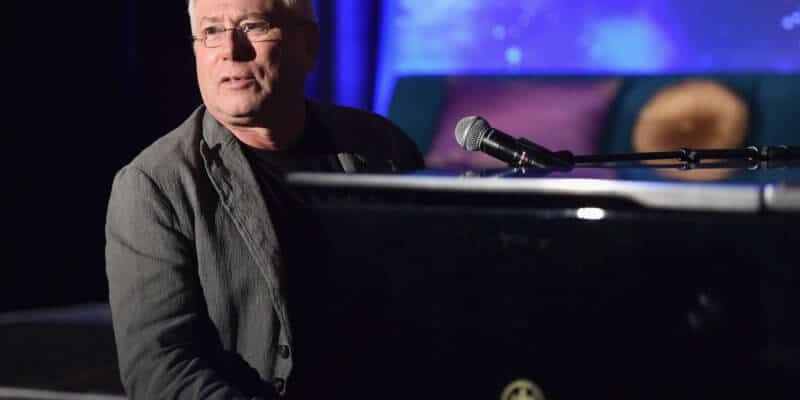 Loosely based on a Middle Eastern folktale from One Thousand and One Arabian Nights, “Aladdin” is a timeless story, and, as luck would have it, was one Disney was looking to revive as well.

The original animated film was beautifully structured and the music was incredible that the producers realized there isn’t anything they would want to fundamentally change. The challenge then became, how to make it as fresh as possible to ensure that they are still giving audiences something new while delivering on what they love?

The score and songs by eight-time Academy Award-winning composer Alan Menken and Oscar-winning lyricists Howard Ashman and Tim Rice from the 1992 film are perfect as is, but Guy Ritchie wanted to make them feel more contemporary, both lyrically and musically, an idea that Menken embraced. The songs in the animated film were embedded in the music of the Arab world with flourishes of jazz here and there. Menken’s new arrangements incorporate pop elements and showcase the musical talents of Will Smith.

While Guy Ritchie has never directed a musical prior to “Aladdin,” his films are heavily influenced by music. “This is a musical in its traditional form,” he says, “and I liked the challenge. I didn’t try to be too ambitious or try to reinvent the wheel in terms of a musical, but I did want it to feel like it was fresh enough while still keeping the original tone of the first film.”

During the recent Global Press Conference, Alan Menken performed live, by taking on us on a musical journey from the various songs he worked on. See the full performance here.

The lyrics for “Prince Ali,” the film’s biggest song-and-dance production number, were tailored to better fit the actor’s persona. Says Smith, “‘Aladdin’ is a rare combination of cinematic tools. Very few films have singing, dancing, drama, comedy, action and special effects, all those elements in a single movie, and we have it in a single scene.”

The live-action score is very symphonic and resonant of old Hollywood in many aspects. “Most of the time Guy likes things to be very spare, but there are times when the score just explodes,” says Menken. The score is also obviously pulled from the themes of the songs, but it is much more live action in its textures and its tone.

“Arabian Nights” is now a complete musical number that serves as an introduction to the story and its enchanted setting. Menken worked with Oscar and Tony Award-winning songwriters Benj Pasek and Justin Paul to create new lyrics. They wanted to be following along with the camera as it soars through Agrabah, setting up this world for the audience. The team rewrote some of the lyrics to go with the visuals that Guy had in mind, introducing Jafar and basically setting the stage for the rest of the film. It’s a much bigger, much more ambitious number than it was originally.

“Speechless” is an original new song written by Menken and Pasek and Paul, performed by Jasmine, who is ready to find her voice. “It starts with a solo piano, very intimate, and really gets into the soul of Jasmine,” explains Menken. “And then as it builds, it builds in the arrangement and the intensity and then at the end comes back full circle to that intimate piano with her voice reaching out over it.

“As the script was developing, it became clear that this Jasmine was going to be more powerful and outspoken than ever and that it was time for her to have a big number,” says Paul. “Her character was emerging as someone who would have this moment to really stand up and say, ‘I do have a voice, and I will not remain speechless.’”

For “One Jump Ahead” performed by Aladdin as he and Jasmine are being chased through the streets of Agrabah, the choreographed moves were fast-paced, athletic and more appropriate for a Guy Ritchie film. It was never intended for Aladdin to dance in that song, more of a stylized action sequence. There is a lot of movement, but the moves belong more in the stunt category.

The choreography designed by Jamal Sims who worked on “Hairspray” and “Step Up” was somewhat contemporized as well. Both “Prince Ali” and “Friend Like Me” feature break-dancing moves, giving them a modern feel and sense of authenticity, too. These are both big performances and it was the Genie’s time to shine and the perfect opportunity for Will to show how multitalented he is.

Will you be watching the new live-action film? Let us know in the comments.