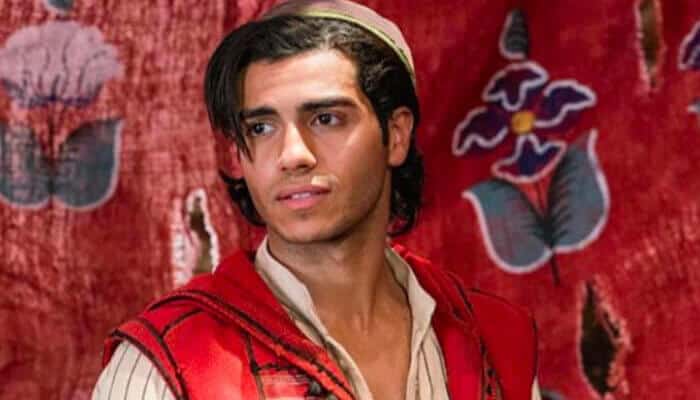 Disney’s live-action film, Aladdin, was a huge success for The Walt Disney Company. It broke records and earned more than $1 billion (yes, you read that correctly).

And it had every reason to be as successful as it was. The costumes, the scenery, the songs, the acting — It was all phenomenal. And since the film made its debut, the actors have gone on to work on other projects. Well, almost all of the actors.

There is one actor in particular who has been having a bit of trouble finding work since the debut of Aladdin.

Mena Massoud, who played the iconic role of Aladdin in the live-action remake, has just recently opened up in an interview with The Daily Beast about his life ever since Aladdin hit theaters and how he has been trouble finding work (which is crazy to me considering how great of an actor he is).

The interviewer then moved on to state, “it’s wild to me that you haven’t booked an audition since Aladdin came out. Isn’t that the whole point of doing things like beating out 2,000 other actors for the lead role in a $183 million live-action remake of one of the most popular animated films of all-time with Will Smith as your co-star?”

Personally, I couldn’t agree more and clearly a lot of people feel the same way.

“It’s wild to a lot of people,” Massoud replied to the comment. “People have these ideas in their head. It’s like, I’m sitting here being like, OK, Aladdin just hit $1 billion. Can I at least get an audition? Like I’m not expecting you to be like, here’s Batman. But can I just get in the room? Like, can you just give me a chance? So it’s not always what you think.”

Later on in the interview, Massoud touched upon the auditioning process, specifically about his personal experience auditioning for Reprisal, which launched later this week on Hulu.

“There’s always a wild card or two when you’re casting,” he said. “I’m usually the wild card. In a room of Caucasian guys, a director might be like, OK, let’s see, like, two guys who aren’t. And maybe they’ll be the wild card choice.”

Massoud opened up even more when discussing his future life as an actor.

“I think since Aladdin my expectations for things releasing and what they’re going to do in my career, I’ve had to really pull them back,” he continued. “Because, you know, I got the same question about Aladdin and it was like, ‘Oh, you know, Aladdin’s coming out. How do you feel about what that’s going to do to your career?’ The big truth is I haven’t really seen a big anything from it.”

Massoud ended the interview with “As for whether people are gonna discover me from it or what it’s going to do, I literally have no clue. I can’t tell you I know how things are going to work out anymore.”

Are you surprised that Massoud hasn’t had an audition since Aladdin debuted? Let us know in the comments.