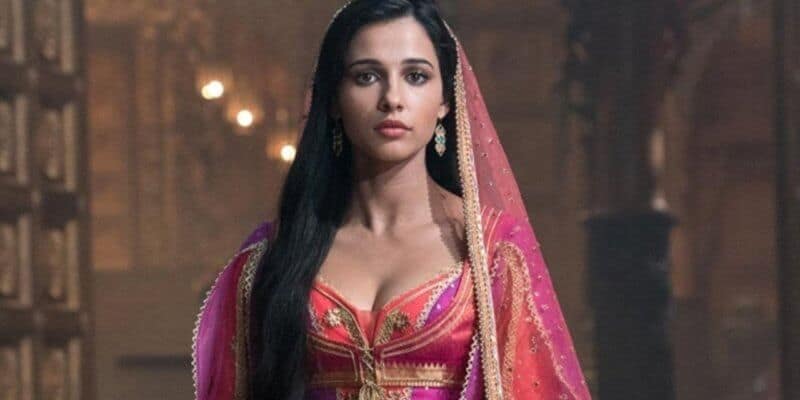 Disney’s 2019 live-action “Aladdin” was hardly a box office flop, but it left many fans wondering about Princess Jasmine. Why was she given a powerful new song? What was with her new costume design? And what made Disney decide to make so many changes to such a beloved character?

With all of the buzz about a possible live-action “Aladdin” sequel, we had to share some more information about Princess Jasmine, arguably one of the most awesome Disney heroines ever.

In a recent interview, “Aladdin” producer Dan Lin shared his perspective on Disney’s decision to reimagine Princess Jasmine in the 2019 remake of the animated classic. He said that in the original 1990s animated film, Jasmine was more focused on romance. But in the updated version for 2019, the creative team at Disney wanted to create a new role model for young girls to look up to.

Here’s what Lin had to say:

“I think certainly with where the Women’s Movement has gone, that we felt like, with the Jasmine character from the original movie, she felt like a classic Disney Princess from back in the day and really just ultimately focused on romance. And we felt like, there’s a chance for us to create a new kind of role model for young girls with our version of Jasmine that would be much more of a leader. Someone who wanted to stand up for herself and her ideals and wanted to have a voice. That was a big part of our pitch with Aladdin was that we were going to improve upon her character.”

It’s hard to say whether or not Lin is correct in his claim that Jasmine wasn’t much of a role model in the original animated version of “Aladdin.” After all, her iconic line, “I am not a prize to be won!” is one we reference time and time again. It seems in the animated movie, Jasmine is very self-aware and would rather marry for love than for a political move.

Still, it’s very clear in the live-action version that Jasmine is a fierce role model for all kids to look up to. She sings a powerful ballad about using her voice and refusing to be silenced when it matters the most. And it is her strength and tenacity that breathes new life into a character that so many fans already loved from the start.

What do you think of Princess Jasmine in the live-action version of “Aladdin”? Was it necessary for Disney to give Jasmine more of a voice, or did she already have her strength all along in the original animated film? Let us know in the comments!