4-year-old calls out Princess Jasmine, "You don't need a boy to see the whole world!" - Inside the Magic 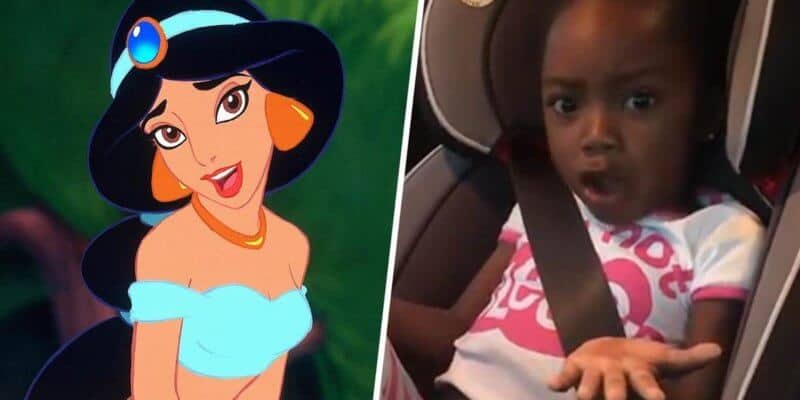 If you’re familiar with Disney’s “Aladdin” or the other classic fairy tale tropes, you know that Jasmine and Aladdin end up together, happy as can be, by the end of the movie. While many Disney fans are ecstatic with these fairy tale endings, one little girl isn’t so sure Jasmine made the right decision. This adorable and smart 4-year-old is calling out Disney and says Jasmine should take the magic carpet and see the world all by herself.

In a video Madison’s parents shared to her Instagram account (which has around 200,000 followers), the 4-year-old girl discusses the problems she has with Disney’s live-action “Aladdin.” Like many who saw the new movie, Madison is frustrated that Jasmine is still a damsel in distress, a trope typically present in many, but not all, Disney films. “Aladdin” has defied expectations in its opening weekend success, but critics have commented that it is still problematic in its depiction of Jasmine, who is still reliant on her father and Aladdin to save her even though the movie presented an opportunity to give the “Aladdin” story a more modern twist. Sure, Jasmine gets a new empowering ballad “Speechless,” but she still winds up marrying Aladdin in the end. And Madison is speaking up about it.

“She has to go by herself…Jasmine needs to go see the world by herself, because Aladdin needs to just stay there, and Jasmine can just go by herself,” Madison says, before continuing to tell her mother that there isn’t enough room on the magic carpet for two people, so Jasmine should just travel alone. “You don’t need a boy to take you to see the whole world!”

In the video, Madison’s mom, Janess Strickland, asks her daughter to share more of her reasoning for disliking the ending of the film. Strickland says to her daughter, “Sometimes when we read your princess books, the prince will take the princess on an adventure, or he’ll save the day or he’ll rescue her. That’s a good thing, right?”

But apparently, Madison doesn’t think so. She replies to her mother, “Mommy…the princess doesn’t need a prince to rescue her. She can rescue herself.”

Madison echoes what so many of us think of modern Disney movies. While the retold fairy tales Disney has produced over the past century shed light on views of women decades ago, we’re moving in a new direction. It would be better for the new generation of princesses (and even their movie remakes) could reflect better female leads. We loved “Moana” and “Frozen” for their strong female leads, so why couldn’t Jasmine have become sultan on her own and said bye-bye to the boy who deceived her?

It’s no surprise Madison wanted a different ending for “Aladdin”; her favorite Disney Princess is Tiana, arguably the only Disney Princess to ever hold a 9-5 job whose story revolves more around her own success than her love for a princess. Within the first day that the video of Madison was posted on Instagram, it reportedly received more than 30,000 likes and 1,600 comments. It has since received recognition from Oprah Magazine, USA Today, and Good Morning America, as well as celebrities including “Dear White People” actress Logan Browning and world traveler Jessica Nabongo.

Do you agree with Madison’s opinion of the “Aladdin” ending? Let us know in the comments!