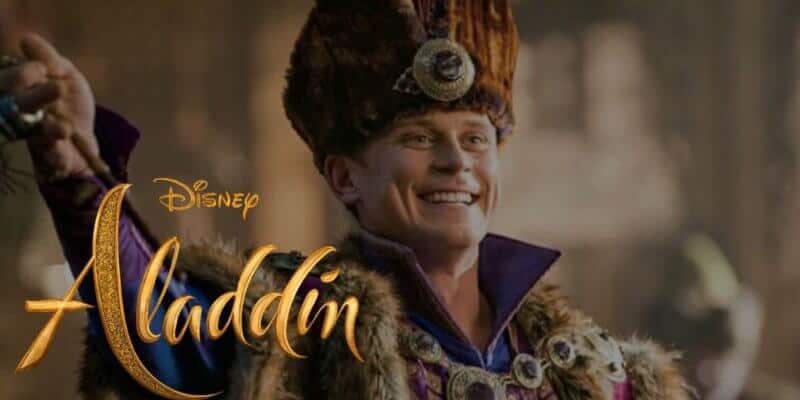 Remember Prince Anders from the billion-dollar earning live-action Aladdin film that debuted earlier this year? Well, you’re about to see a lot more of him as Disney+ is reportedly working on its first spinoff from the film.

Disney has recently hired Jordan Dunn and Michael Kvamme to write a script around an Aladdin spinoff, which will solely be focused on the one and only, Prince Anders.

Prince Anders, played by Billy Magnussen, stole various scenes in the live-action Aladdin, and fans instantly had a love-hate relationship with the character. Prince Anders was always overdressed and ‘extra’ as he was royalty from a fictional kingdom. He was a suitor for Princess Jasmine and though he was only in a handful of scenes, the character came with a mix of silly, goofy, and idiocy, which is what made the audience fall in love although you were supposed to root against him.

It is being reported that Magnussen will reprise the part of Prince Anders in a feature, which is currently in early development for Disney+. The upcoming spinoff is not a sequel to Aladdin.

Dan Lin and Jonathan Eirich, who produced the live-action Aladdin, are back to produce once again, via Rideback. Ryan Halprin will executive produce.

Magnussen actually had a part in the upcoming project as he was the one who went to the producers with an idea for a story. He also was involved, along with the studio and Rideback, while meeting with potential writers.

If you are not yet signed up for Disney’s new streaming service, Disney+, you can subscribe here for just $6.99 per month.

What do you think of the upcoming project based on Prince Anders from the live-action Aladdin? Will you watch the spinoff? Let us know in the comments.