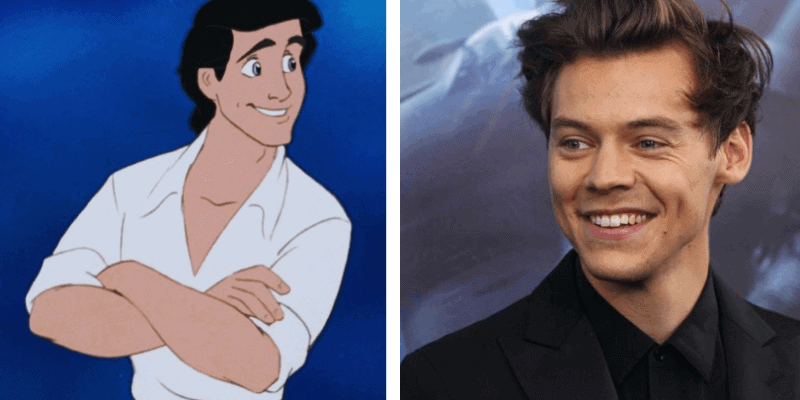 Hollywood’s going under the sea..or at least, some of Hollywood. The internet is buzzing with conversations around who should play the starring roles in Disney’s upcoming live-action remake of “The Little Mermaid,” and a little fishy tells us that Harry Styles could play Prince Eric.

According to The Hollywood Reporter, several actors are in talks to play the iconic characters in the upcoming “The Little Mermaid” film. Namely, Harry Styles, known for his One Direction boy-band fame and talented music abilities, is in talks to play Prince Eric, Ariel’s love interest and one of the characters who drives the story along. Styles made his acting debut in 2017’s “Dunkirk,” which was incredibly successful at the worldwide box office, and he reportedly has been wanting to work on a new acting project for some time now. Given his charming personality, good looks, and incredible vocals, he may be the perfect fit for Eric.

Styles playing the role of Eric alongside Halle Bailey’s Ariel would be a pretty big move for Disney. The two stars are successful musicians for good reason and could bring a whole new level of vocal talent to Disney films of today. In the past, Disney has cast actors with singing talents in roles in live-action remakes (Emma Watson, for example, wasn’t exactly known for her singing voice when she was cast to play Belle in the live-action “Beauty and the Beast” a few years ago). So the decision to cast Halle Bailey, a wonderful singer, for the role of Ariel and the consideration of Harry Styles for the role of Eric shows that amazing music is a priority for the team behind the live-action “The Little Mermaid.” We already knew we were getting awesome tunes for the film with the creative geniuses of Alan Menken and Lin-Manuel Miranda teaming up. So if Disney wants actors with amazing singing voices too, we may be more excited about this live-action remake than all the rest.

Just like with the rest of these casting rumors, Disney has yet to confirm whether or not Styles is actually up for the role of Prince Eric, and we don’t know when we’ll find out more information about the cast of “The Little Mermaid.” For now, we’ll be blasting the original 1989 soundtrack and waiting for more details.

Do you think Harry Styles is a good fit for Prince Eric? Let us know in the comments!