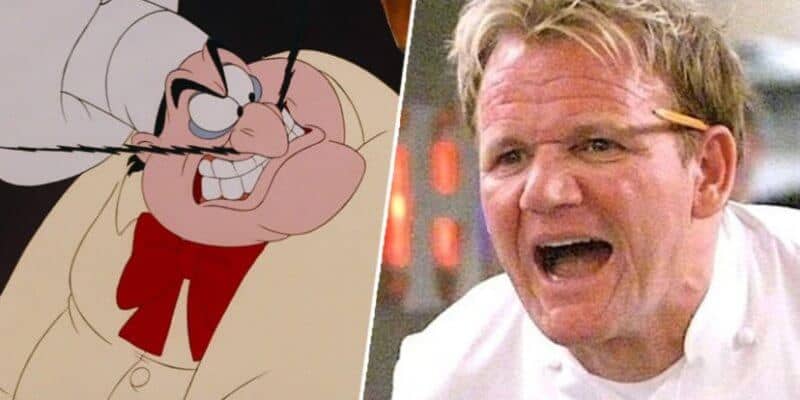 With all the buzz surrounding “The Little Mermaid” lately, fans everywhere are taking to social media to share who they think would be a good fit for the film’s iconic characters, and the latest contender seems to be none other than Gordon Ramsay. The chef and restaurateur known for his fiery personality on cooking shows like “Hell’s Kitchen” has been nominated by Disney fans to play the role of Chef Louis, and we can’t say we disagree.

Both Terri Crews and Lizzo have expressed their interest in getting cast in the new film, which stars Halle Bailey as the titular role, and while Ramsay hasn’t spoken on the topic, fans may not give him time to object. As Unilad reports, Ramsay’s professional cooking career and persona makes us think he could be qualified for the role, and while he isn’t a professional actor, he does have on-camera experience starring in numerous television shows. If there’s anyone who embodies a Disney character in real life, we think it’s Gordon Ramsay, as the angry, annoyed Chef Louis is probably the closest animated character to Ramsay there is.

If you’re a fan of the original animated version of “The Little Mermaid,” you probably remember that iconic scene in which Chef Louis sings “Le Poisson” and angrily chases Sebastian the crab all around the kitchen, yelling exasperatedly and making a terrible mess in the process. We see Chef Louis annoyingly interact with Sebastian toward the end of the film and even in the sequel, so we’d be surprised if Disney decided to leave out such a hilarious scene from the upcoming reimagined live-action film. And fans everywhere can agree that there’s nobody better to play the hilarious chef than Ramsay.

Here’s what fans are saying:

Okay can we have Gordon Ramsay as chef Louis for the live action of the little mermaid?!?

As with other rumors about roles in the upcoming film, Disney hasn’t confirmed or denied anything yet, so we’ll keep waiting for the day when we get to find out the entire cast. Until then, we’ll hope Disney reaches out to Gordon Ramsay to make an appearance in the new movie. Hey, fans can dream!

Who do you think would make a great character in “The Little Mermaid”? Let us know in the comments!