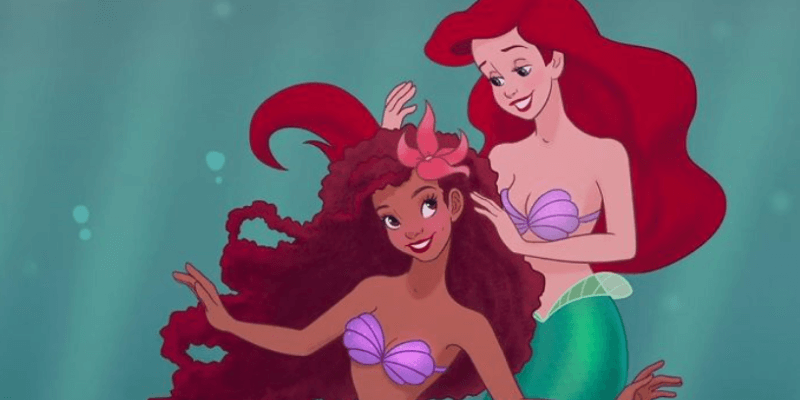 Disney has announced an all-new leading lady for the latest live-action Disney Princess film remake, and while the news was met with mixed opinions, the response has taken a more positive turn. The internet has erupted with “The Little Mermaid” fan art in honor of Disney’s new Ariel, Halle Bailey. We can’t think of a better way to show support for the actress’s starring role in a Disney film than by flooding social media with beautiful artwork.

It’s no secret that Bailey being cast in the role of Ariel has been pretty divisive. Many disagreed with Disney’s decision to cast a young black woman as a mermaid who was traditionally depicted as white (or at least, that’s how Ariel looked in the original 1989 film). While many have made their case for why the live-action Ariel should look identical to her animated predecessor, even going so far as starting a #NotMyAriel movement on Twitter, others are taking a different approach in support of Ariel’s new look. These gorgeous works of art show that Ariel can, in fact, be beautiful, magical, and fit for Disney no matter the color of her skin. As Forbes notes, mermaids have been depicted as several different races throughout history, so why should Disney’s “The Little Mermaid” only be depicted as white, anyway?

Take a look at some of the most gorgeous and creative works of art created by Disney fans below! 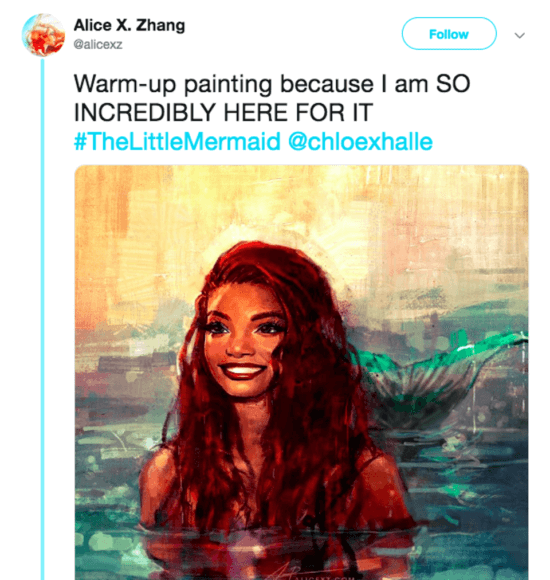 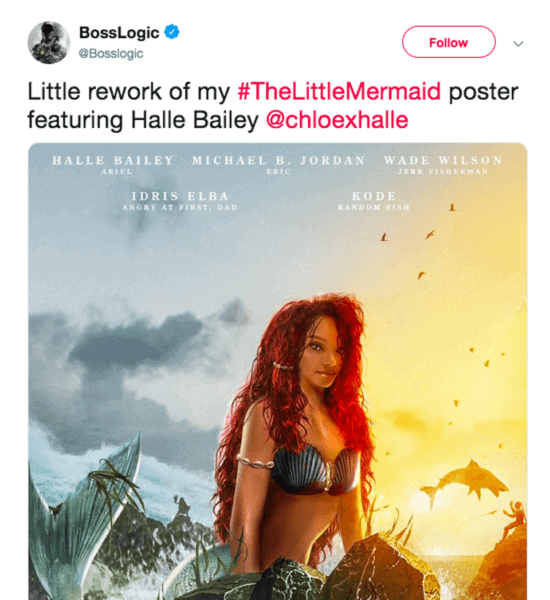 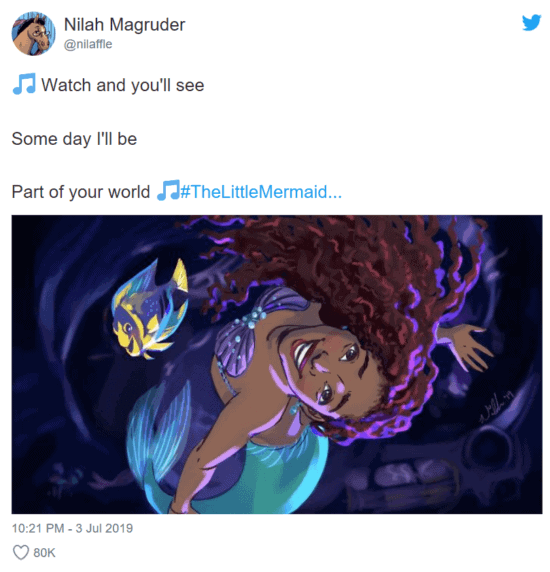 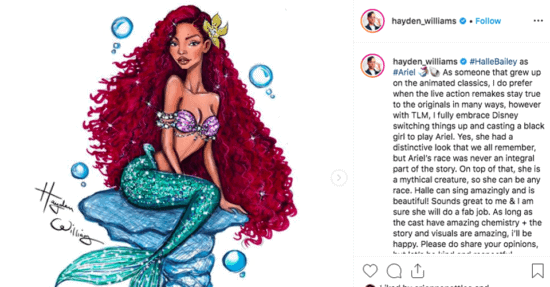 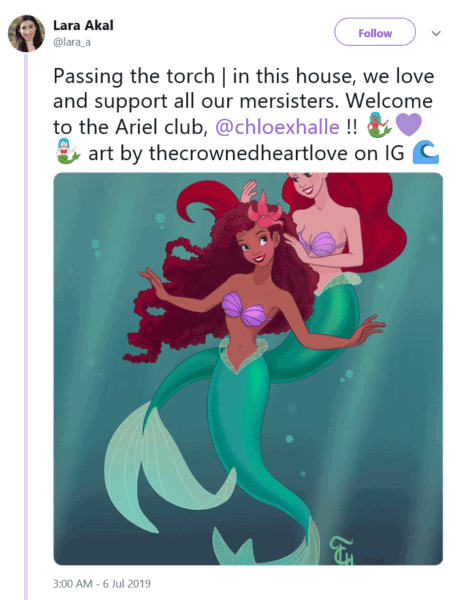 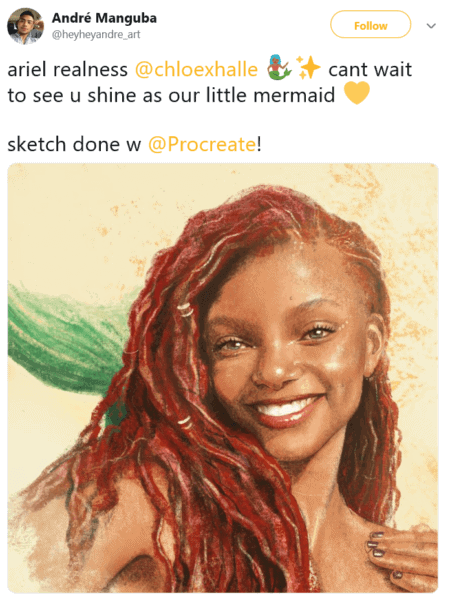 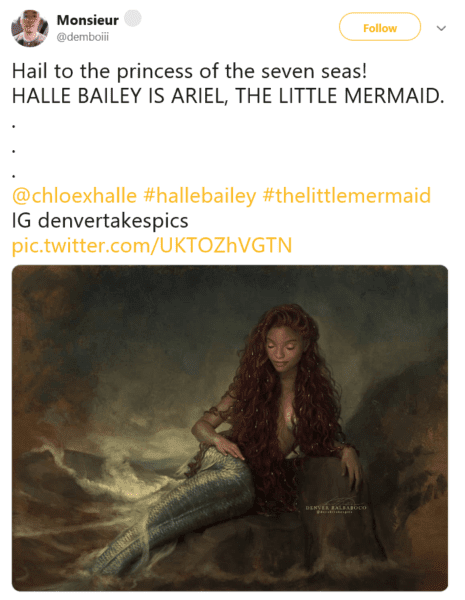 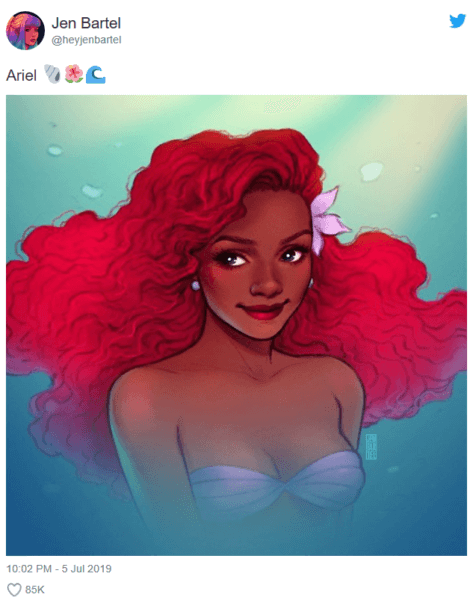 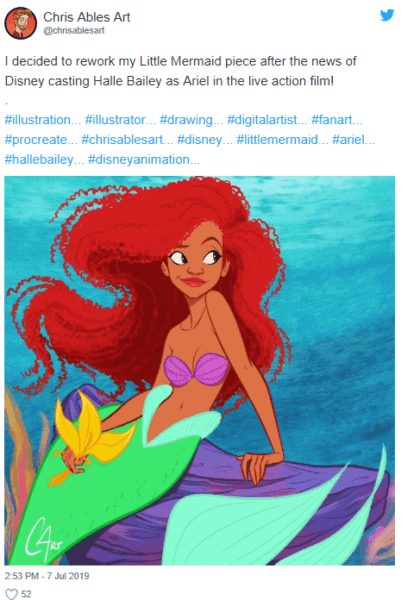 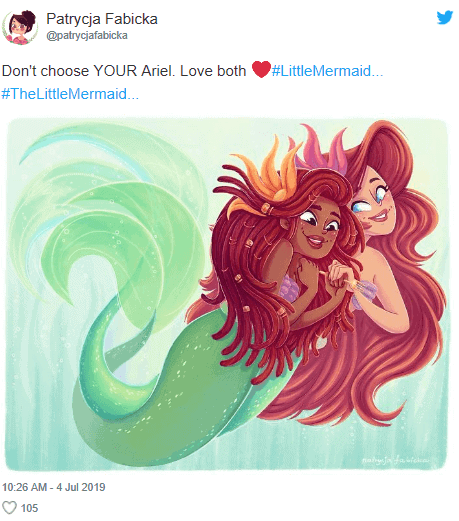 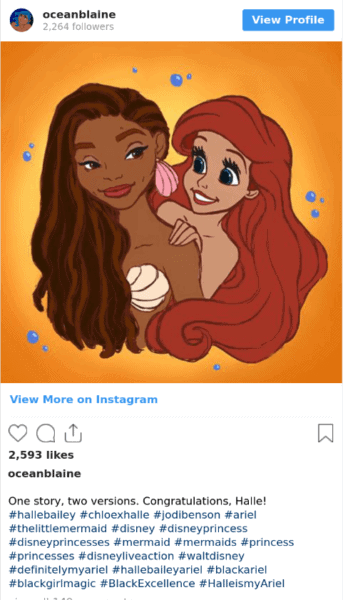 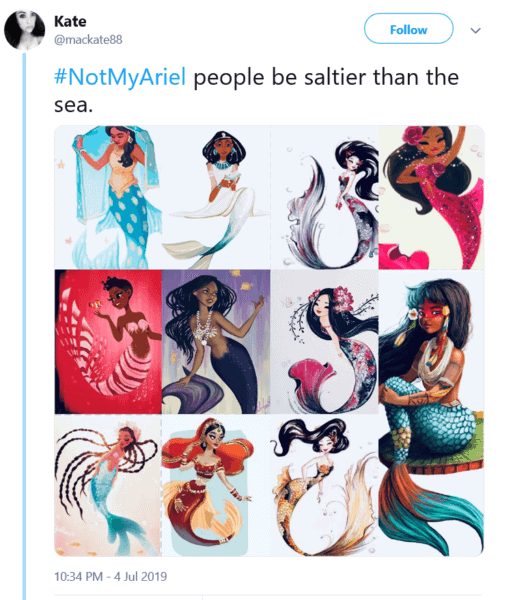 Fans, celebrities, and even Halle Bailey herself have helped circulate these brilliant works of art depicting a newly reimagined version of Ariel, and it doesn’t look like that will stop anytime soon. There may be plenty of people who disagree with a newly reimagined Ariel who is of a different race than the original 1980s animated version. But if these works of fan art are any indication of how Halle Bailey will look as the new mermaid princess, we’re sure that she’s going to make a big splash in the best way.

Which of these “The Little Mermaid” works of art is your favorite? Let us know in the comments!