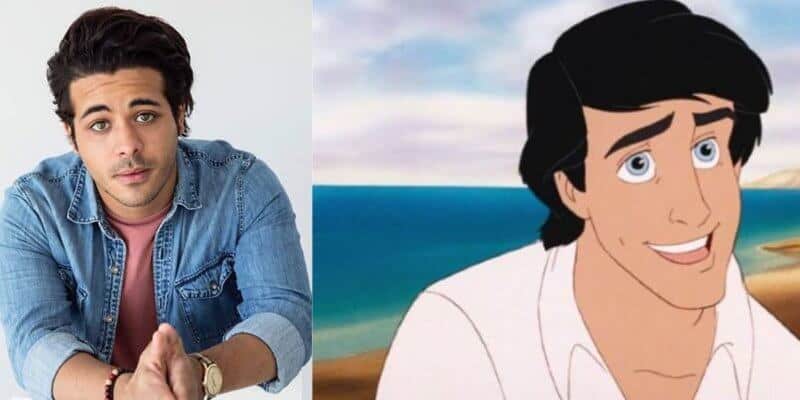 Picture this for a minute: Tony Padilla as Prince Eric. Everyone knows and loves him from the hit Netflix original series “13 Reasons Why,” but can you picture Christian Navarro playing Prince Eric in the upcoming live-action “The Little Mermaid“? This could most definitely happen!

After we heard news that Harry Styles will not be playing the lovable Disney prince, Prince Eric, many were left questioning who would take on the role. Well, actor Christian Navarro has decided to take to social media and speak out about how much he wants to play the famous prince.

Idk what happened to the other tweet.
But! @disney saw this, saw your support, and gave my team a call. They wanted to see what I could do. Tapes sent. Fingers crossed. Let’s make some history. #iloveyou3000 #PrinceEric #TheLittleMermaid https://t.co/192ZTsfqyH

On Aug. 13, Navarro tweeted, “So I heard Harry Styles passed on Prince Eric, well…I can sing. Black Ariel/Latino Prince…no ones called but Season 3 drops next week and I think it’s one hell of an audition.” (He referenced season 3 to the hit Netflix original “13 Reasons Why”.)

Navarro also took to Instagram on Sept. 3 to voice his opinion.

#LatinX #PrinceEric #TheLittleMermaid Just a brief reminder that there’s always another mountain, another goal to strive after, and with your help I’ll keep pushing the limits. Wouldn’t it be amazing if we had a truly multicultural Little Mermaid?! Fingers crossed beautiful people. Thanks @entertainmentweekly

A post shared by Christian Lee Navarro (@christianleenavarro) on Sep 3, 2019 at 5:07pm PDT

Personally, I don’t see this being super far fetched as Disney has already announced that Halle Bailey will be taking on the role of Ariel in the upcoming Disney’s live-action remake of “The Little Mermaid.” Bailey has received a lot of backlash ever since the announcement, but that hasn’t stopped her from speaking out.

In an interview at the Variety Young Hollywood event, Bailey shared her excitement for her new role.

“I feel like I’m dreaming,” Bailey said. “And I’m just grateful. I don’t pay attention to the negativity; I just feel like this role was something bigger than me, and greater. And it’s going to be beautiful. I’m just so excited to be a part of it.”

Bailey continued, “It means so much to me. I feel very honored and really grateful for the opportunity. Ariel was one of my favorite princesses growing up, so it’s a dream come true. I’m very excited and happy.”

Being a huge fan of Tony Padilla and an even bigger fan of Christian Navarro, I would love to see him cast as Prince Eric in the live-action “The Little Mermaid.”

Do you want to see a multicultural “The Little Mermaid” live-action?