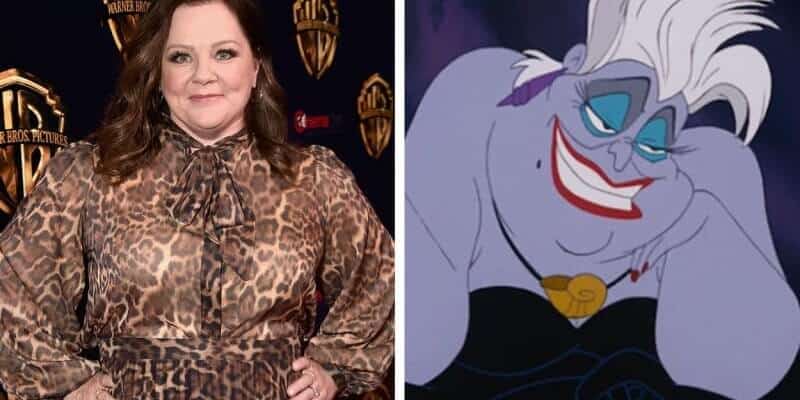 Fans everywhere have been wondering who else will be cast in Disney’s new live-action version of “The Little Mermaid” ever since it was announced that Halle Bailey will star as Ariel. And amid all this speculation, Melissa McCarthy may have just admitted she’s playing Ursula.

McCarthy recently appeared as a guest on “Jimmy Kimmel Live!” and addressed the rumors of her possible upcoming role of Ursula, the sea-witch antagonist opposite the mermaid protagonist Ariel. “I read that you are going to be a part of the live-action remake of ‘Little Mermaid,'” Kimmel asked in the interview, to which McCarthy jokingly replied, “What’s that? Disney?”

“I hadn’t heard about that. It seems like it will be an awfully fun thing to do. I’d love if Disney gave me a little ringy-dingy. We’ll see,” she said before exaggeratingly winking at the camera and audience.

“If that were to happen, that would be a fun thing though, huh?” asked Kimmel.

McCarthy answered, with emphasis in her voice, “If it did happen, it would be very wonderful, Disney!” She continued to speak on her love for the movie, saying, “I know it to my core, and I weirdly still love it. So I think that might have been the one, if it happens, that [my kids] were like, ‘Really?’ And also I think there’s just a little whisper of, ‘Oh god, don’t embarrass me!'”

We’re not sure if McCarthy’s exaggerated and playful tone means she’s actually got the role in the bag, if she’s still in negotiations with Disney, or if they aren’t working together at all. But given all the rumors surrounding the cast of “The Little Mermaid” thus far, this seems to be the most probable casting yet.

You can watch McCarthy’s interview with Jimmy Kimmel in the video below:

What do you think? Is Melissa McCarthy actually playing Ursula? Should someone else get the role? Share your thoughts with us in the comments!