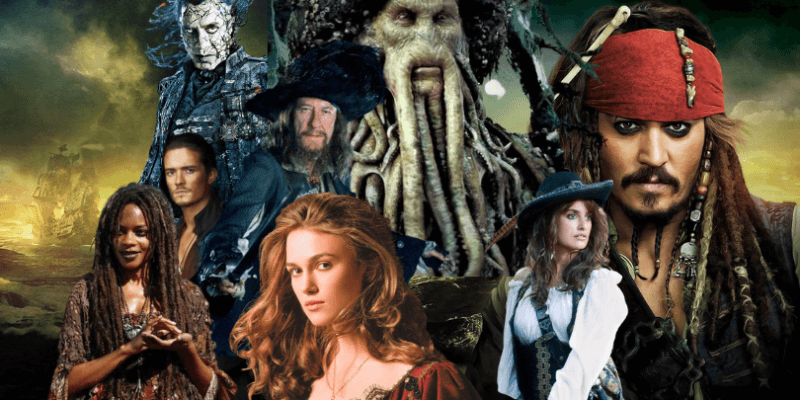 Yo ho, yo ho, a Pirates life for me. Who would’ve thought such a simple ride could’ve made such a lucrative film series. Ranking Pirates of the Caribbean movies is difficult as each of the five contains something to love.

From The Curse of the Black Pearl‘s horror-themed aesthetic to Dead Man‘s Chest and At World’s End‘s epic story, each Pirates of the Caribbean movie has something for everyone.

With the news that Margot Robbie will lead a female-led Pirates movie set in the same world (possibly co-starring Karen Gillen), there’s no better time to reflect on the franchise so far.

So, starting off in fifth place…

5. Pirates of the Caribbean: Dead Men Tell No Tales 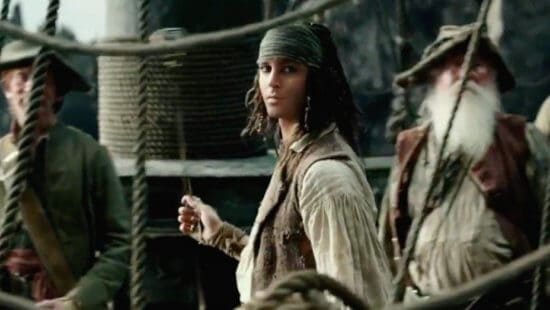 Also known as Salazar’s Revenge in some countries, Dead Men Tell No Tales is often thought to be the weakest entry in the series. The film actually does some really great things; re-introducing series veterans Keira Knightley and Orlando Bloom for one and giving Geoffrey Rush’s Captain Barbossa an appropriate send-off.

What it does not handle well, however, is what almost everyone is here to see: Johnny Depp‘s Captain Jack Sparrow. Instead of pretending to be an idiot to outwit his rivals, this Jack is just a fool. It’s truly sad to see and might have something to do with the fact that Depp was reportedly taking his lines through an earpiece on set. The action and jokes also reflect this more ‘kid-friendly’ approach, as they rely on just impossible stunts (dragging a bank, really?) or gross-out humor, and that’s not what Pirates was ever about.

However, the film really benefits from two incredible additions; Javier Bardem’s Captain Salazar and that sweet as heck scene where we get to see a young Captain Jack Sparrow. So so cool.

4. Pirates of the Caribbean: On Stranger Tides

The fourth film comes very, very close to the same level of blandness as the fifth installment but benefits from a slightly more competent Captain Jack.

Penélope Cruz’s Angelica makes an excellent foil and the character has excellent chemistry with Depp. Regrettably, real-life pirate Blackbeard (Ian McShane) is just … not good as this film‘s villain and is outmatched by just about every other Pirates antagonist.

On the whole, this one is a little too long, but it boasts some stunning visuals and a cool plot revolving around the fountain of youth that could be straight out of an Indiana Jones movie.

Related: Rumors suggest Johnny Depp is back for the next ‘Pirates of the Caribbean’ movie!

3. Pirates of the Caribbean: At World’s End

It’s way too long and overcomplicated, but boy do I love this movie. The final battle between The Black Pearl and The Flying Dutchman is one of the most iconic moments in the entire Pirates of the Caribbean franchise and would’ve made a fitting finale to the entire series.

As is, Tom Hollander’s Lord Cutler Beckett makes a fine villain, and suitably different to the nasty Davy Jones and his ghostly crew. Not really sure what the whole Brethren Court and Pirate King schtick was doing though. Some foreshadowing would’ve been good on that one. Also, killing the Kraken off-screen? Worst. Move. Ever.

Still, the triumphant return of Captain Barbossa to the main cast alone makes this one worthwhile. For my money, the continuous story of the first three Pirates movies cements them as the Star Wars trilogy of the 2000s generation. 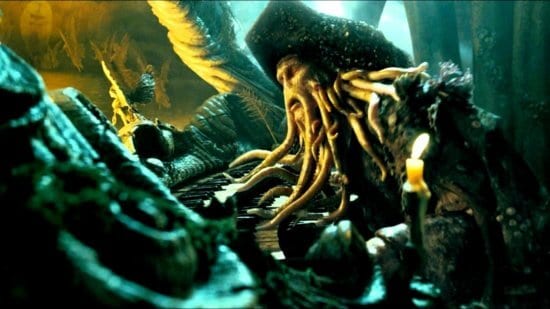 Dead Man‘s Chest is how you do a sequel. It raises the stakes, fills out the lore (hello Stellan Skarsgård as an amazingly realized Bootstrap Bill), and most of all it progresses the story without rehashing the first.

It’s a little more bloated than the first and already moves towards the absurd action of Dead Men Tell No Tales, though it’s done far better and really leans into the comedy. Seeing Johnny Depp skewered like a kebab while pretending to be the chief of an indigenous tribe will never not be funny.

And of course, the introduction of the greatest villain of the series – Bill Nighy’s Davy Jones – certainly doesn’t hurt either. Jones is all at once sympathetic, scary, and cool; something that very few movie villains manage to achieve. There’s a reason this movie is the only one of the series to win the Academy Award for best special effects.

Hans Zimmer’s score is also – off. The. Chain – in this one. Bravo.

1. Pirates of the Caribbean: The Curse of the Black Pearl 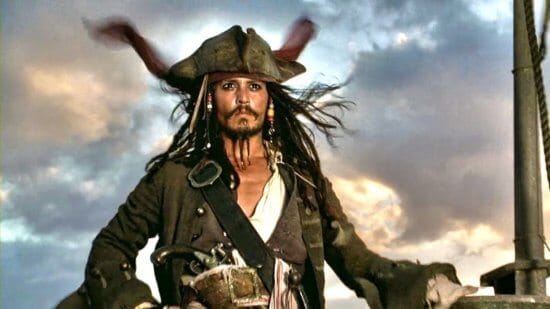 Yes, this does mean they just get progressively worse, but how could Curse of the Black Pearl not be number one? This film changed everything and made pirates cool again, something studios around the world had been trying to figure out for years.

Everything about it is perfect and to me, it’s the quintessential period adventure film, though it boldly leans into the horror genre too, drawing in an older audience in the process.

Of course, the cast is really what sells this movie. Knightley, Bloom, and Rush are all exceptional, but it’s Johnny Depp‘s Captain Jack Sparrow who swaggers his way into the list of truly unforgettable characters.

I’m still holding out hope that we can see Mr. Depp return for one last ride as the good Captain. One final pirate movie that sees him go out with a swashbuckling bang, not a foolish whimper.

How would you go about ranking Pirates of the Caribbean movies? Let us know in the comments below.

Comments Off on Ranking the ‘Pirates of the Caribbean’ Movies