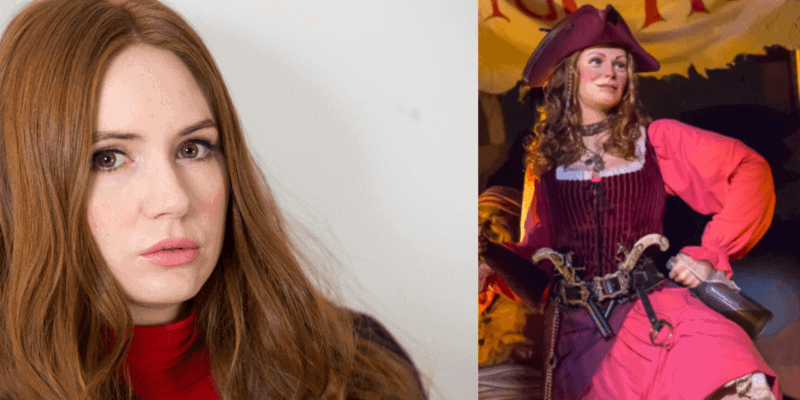 Huge news today as Guardians of the Galaxy, Jumanji and Doctor Who star is reportedly being eyed as the next star of the next Pirates of the Caribbean movie.

There’s no surprise to see what character she is being considered for — Redd (or the Redhead as she was originally known), who has been in the Pirates of the Caribbean attraction at Disney Parks since the inception of the attraction.

Personally I think Karen Gillan is a fantastic actress and I have enjoyed watching her on-screen since her debut on Doctor Who with Matt Smith back in 2010.

There have been rumors for a while that Redd would be taking over from Captain Jack Sparrow as the main character in the franchise and this latest rumor just adds fuel to the fire.

Sadly, it would seem that this rumor also states that Johnny Depp wouldn’t be returning to the franchise (despite other rumors suggesting he would) for another movie. It would be a real shame to watch a Pirates of the Caribbean movie without him on our screens so hopefully, he can return if only in a supporting role.

The next movie is currently being written by Chernobyl creator Craig Mazin and veteran Pirates writer Ted Elliot. The movie is still to find its director.

Since Disney turned Redd into more of a bada** Pirate it’s easy to understand how a film would follow this character through her story and with Karen Gillan playing the character, it’s bound to be a success!