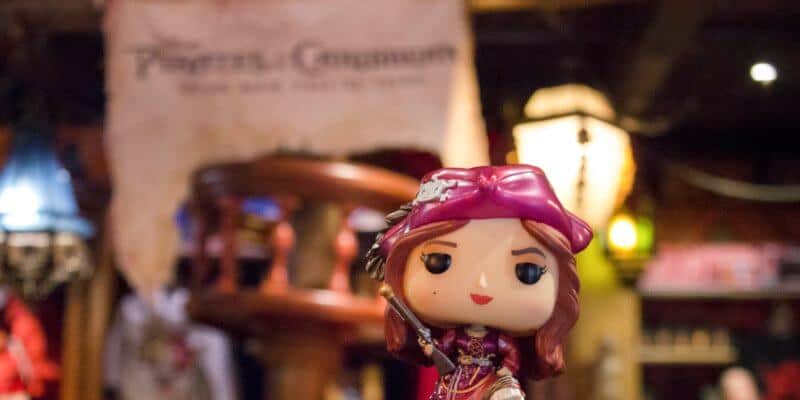 Yo ho, yo ho, a Redd-head life for me! Funko POP! just released an updated version of our favorite Pirate Dame, Redd, and we are setting sail to get our own as soon as they hit the shelves!

Early last year, one of the favorite attractions went through a transformation you might all remember well. The Pirates of the Caribbean attraction was scheduled for a pretty major refurbishment at both Disneyland and Magic Kingdom Park at Walt Disney World.

Rumors started swirling all over the internet about one major change coming to a famous scene in the attraction storyline. The infamous scene in question was the moment where brides were being sold at auction.

When news broke that this scene was being reimagined, fans revolted! However, when the updated scene was revealed, fans ended up welcoming the change and fully embracing the makeover one female pirate received. The Redhead, now simply known as Redd, was turned into a sassy pirate who is now quite the star of the show! 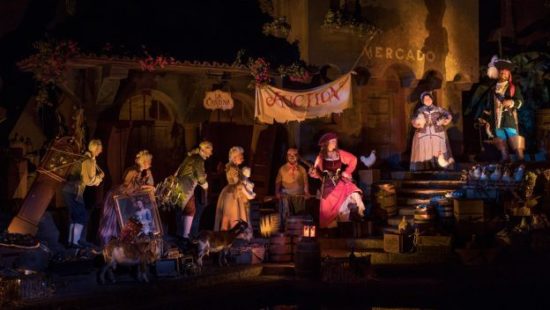 Redd was such a hit, she became a real character at Disneyland! Guests could now meet this “brassy buccaneer” meandering around New Orleans Square. So, it’s only logical, Disney would expand this fierce pirate’s success into the realms of collectible merchandise. Enter, Funko Pop! Redd!

Before you head out and brave the wild seas to pick up your Redd Funko POP!, be sure to check store availability. You can do so by logging into your My Disney Experience App and searching the Shop Merchandise button. This handy tool will let you know which retail stores are carrying her and if they still have any in stock.

Funko POP! collectibles are a fan-favorite, so we suggest getting to the stores on the dates they are released for the best chance of scoring one. Savvy?!

Will you be braving the stormy seas to get your hands on one of these Redd treasures? Well, alert the powder monkey and don’t let the Cap’N send you on to see Davy Jones! Ye hear?!

Comments Off on Shiver Me Timbers! The New Redd Funko POP! Has Sailed In!