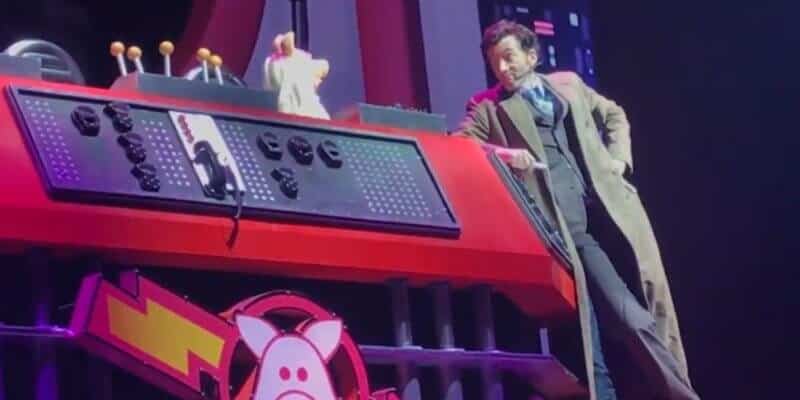 Baby blimps and royal faux pas weren’t the only headline happenings in London on this past Friday the 13th.  The mayhem-managing Muppets made their first live-on-stage appearance in London, England over the weekend.

During the show, the famous sci-fi spoof “Pigs in Space” returned for an encounter with a rather familiar famous face.  Returning to his Gallafreyan gallantry, David Tennant made a surprise appearance as (10th) Doctor Who! 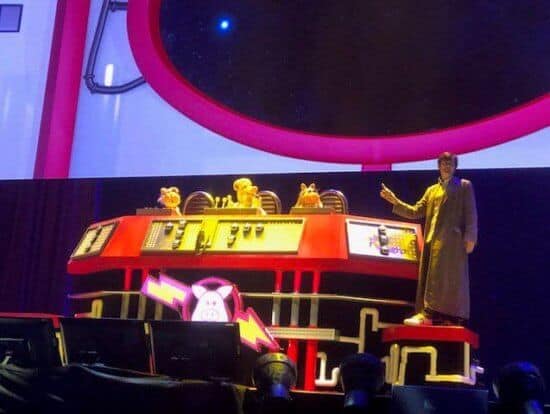 Captain Link Hogthrob, First Mate Piggy and Dr. Julius Strangepork, better known as crew of the pig powered spaceship “Swinetrek,” discover the miracle of molecular rearrangement.  Now a “time lard,” Captain Link goes through several regenerations (in a who’s who of Who Doctors in Muppet form) before finally emerging as a variation of Jodie Whittaker’s soon to arrive current (#13) incarnation of the famous Time Lord.

Piggy and pals are no strangers to space celebrities.  Darth Nadir (Gonzo as a parody of Darth Vader), Luke Skywalker (Mark Hamil), C-3PO (Anthony Daniels), R2-D2, Chewbacca (Peter Mayhew) and Loretta Swit have all made appearances on the “Star Trek”/“Lost in Space”-parodying “Muppet Show” sketch.

In addition to “Pigs in Space,” Muppets favorites like “Mahna Mahna,” Muppet Labs, the Swedish Chef (preparing haggis with help from Kevin Bishop).  Video clips (aka “MuppStream”) of Veterinarian Hospital and The Walking Bread added to the madcap Muppet mayhem. 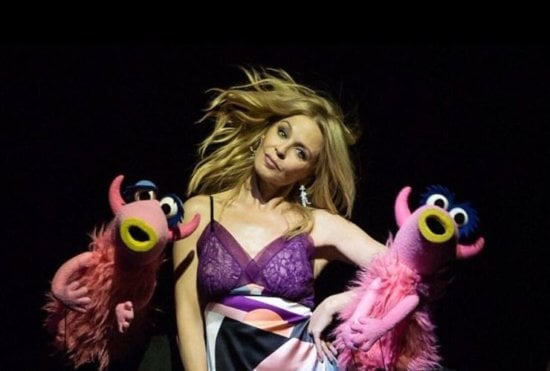 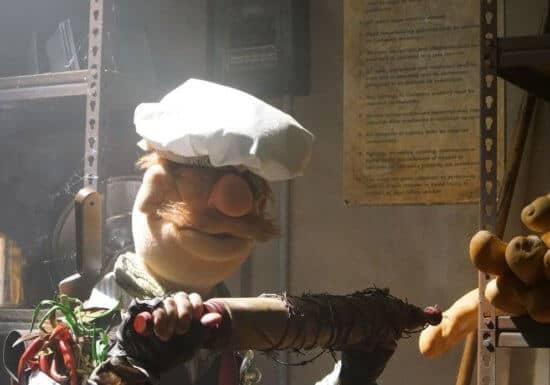 While this was the first time the Muppets appeared on stage in London (at the O2), the show recycled much of a similar 2017 performance in California at the Hollywood Bowl.