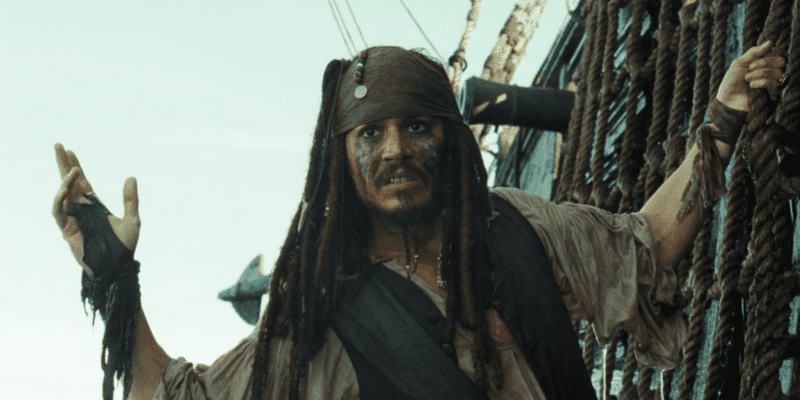 It is not likely that actor Johnny Depp will return as his popular character, Captain Jack Sparrow in Disney’s Pirates of the Caribbean franchise. Locked in a legal battle with his ex-wife, Hollywood actress Amber Heard (Aquaman), the actor has already resigned from playing Gellert Grindelwald in the Warner Bros. and JK Rowling Fantastic Beasts franchise threequel with no word yet on Depp’s comeback to the swashbuckling blockbuster saga.

In a new interview, one of his Pirates co-stars has addressed Depp’s place in the franchise, coming to the defense of the actor amid controversy.

The Pirates of the Caribbean film series has spanned five movies over almost two decades. Beginning in 2003 with Pirates of the Caribbean: The Curse of the Black Pearl, every entry so far has featured Depp’s fan-favorite Captain Jack Sparrow. While the latter installments have garnered less love than earlier movies, the desire to see Depp’s pirate back on the high seas is one that remains prevalent.

The actor is currently in a legal dispute with his ex-wife Amber Heard amid allegations of domestic abuse. The current lawsuit — the defamation case — will be discussed in Fairfax County, Virginia next April between Depp’s lawyers and Heard’s team.

It is this case that Heard’s lawyers have repeatedly tried to have thrown out due to Depp’s libel trial loss against British tabloid, The Sun, News Group Newspapers, and editor Dan Wootton. The publication called him a “wife-beater” and both Depp and Heard testified in the libel case with Justice Andrew Nicol deciding that many of the domestic abuse claims were substantially true. The Jack Sparrow star lost his appeal earlier this year despite support from his ex-partners, Vanessa Paradis and Winona Ryder.

While Depp’s place in the Pirates franchise is currently undecided, a sixth movie is in development with Karen Gillan (Guardians of the Galaxy) reportedly taking on the lead role. In addition, a Margot Robbie Pirates spinoff is also said to be in the works at Disney. Those projects aside, one of Depp’s co-stars has come to his defense and said that the franchise would not be the same without Jack Sparrow.

In a new report, actor Kevin McNally, who plays pirate Mr. Gibbs in the adventure films, addressed Depp’s role in the movies.

“I’ve never seen a hint of any dark side to Johnny. I see a great humanitarian and a beautiful human being […] I don’t see any impediment for him coming back and playing Jack Sparrow.”

McNally, who was promoting his new movie Decrypted (2021) expanded on how Pirates could continue to include the famous Jack Sparrow:

“I think there was a general feeling that without Jack there is no Pirates franchise. And there’s probably a lot of truth in that.

“But now there have been questions about that, certainly why not have other Pirate films and certainly then why not have Jack back or Jack playing a different part.

“I mean I was musing about this the other day and you can easily think of stories in which maybe somebody is looking for Jack and come to Mr Gibbs and say, ‘How would I find Jack?’”

McNally’s musings could hold weight especially if Disney decides to not rehire Depp to continue his Jack Sparrow legacy. Having the character still exist in the franchise but not on-screen could be how the Mouse House avoid rebooting the swashbuckler series.

The Pirates actor rounds out his sentiments by saying:

“And so have a whole bunch of people on a trek to find the legendary Jack Sparrow.

“You can certainly keep those names alive, even in a film that doesn’t necessarily contain the [original] characters too much.”

It isn’t the first time McNally had come to the defense of Depp. At the end of last year, the Mr. Gibbs actor said it would be “criminal” if Disney decided to replace Depp’s Jack Sparrow. Likewise, earlier this year, co-star Greg Ellis (Lieutenant Commander Theodore Groves) also showed support for the controversial star, stating that many people had “mischaracterized” Depp.

Only time will tell on how Disney will deal with the continuation of the Pirates of the Caribbean franchise following the libel suit outcome and the defamation case. Depp recently won the Donostia Award — a lifetime achievement award — at the San Sebastian Film Festival and spoke out about cancel culture.

Do you think Johnny Depp should come back as Captain Jack Sparrow? Let us know in the comments below!