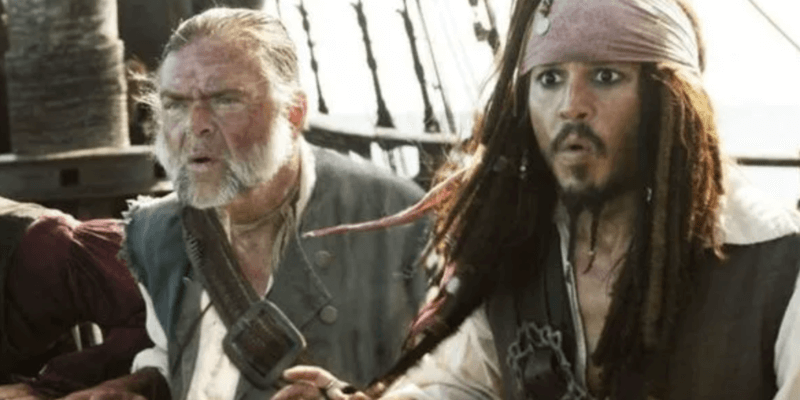 Johnny Depp has recently been given the boot from Disney’s Pirates of the Caribbean franchise. However, it seems that Jack Sparrow has a loyal crew member who will stick up for him — even after the cameras stop rolling.

It is no surprise to hear that Johnny Depp is undergoing quite a rough patch in his career at the moment. After losing his libel case against the U.K. tabloid newspaper The Sun that accused him of domestic abuse against his ex-wife Amber Heard, his career began to shatter with controversy.

In place of Johnny Depp’s Jack Sparrow will be Margot Robbie’s untitled pirate character. Robbie is also looking to have her character be part of the LGBT+ community — but it has not been confirmed that Disney will take the character in that direction. The new Pirates of the Caribbean film seems to be making a full 180 away from Depp turning to a female-led cast that exists within the original world of Pirates of the Caribbean, however, will feature brand new characters.

McNally remains a loyal crew member, coworker, and friend to Depp stating, “My dream is that some sort of link will be needed between what has been before and whatever bizarre incarnation of it there is to come. But I sincerely think that my fate is so tied in with Johnny’s that I will go with him if indeed he does go.”

When asked if Depp should continue to play Jack Sparrow, McNally responded with a simple “Yes.” He also noted that “My feelings about this are very complex because in a sense there was a slight feeling that the franchise itself had played out a little bit, so a reboot is a reasonable idea. I don’t think a reboot if you concentrate on younger characters, should still exclude Jack Sparrow.”

Interestingly enough it seems that Mr. Gibbs has been plotting his own sequel this entire time! McNally mentioned that “I came up with an idea that there should be some young person searching for Jack Sparrow with Mr, Gibbs helping find him. And then we find Jack Sparrow at the end. It wouldn’t involve too much work from Jack Sparrow.”

McNally ended the interview with a bold statement, “To be there when somebody creates a modern legend…is absolutely extraordinary. For anyone to want to throw that away seems to me, criminal.” The overwhelming statements of support from Depp’s longtime co-star clearly show that it is not just Depp’s fans that want to see him aboard the Black Pearl once more.

The loss of Depp in both of these franchises, especially Pirates of the Caribbean, has left fans quite angered. Petitions are now going around with nearly 400,000 signatures and counting to bring the actor back,

In order to save his career, producers have said that Depp would need to book a good role to swing back into Hollywood’s good graces — and it seems his long-time friend Tim Burton could be the solution to that. Thanks to Burton, Depp is in talks to star as Gomez Addams in The Addams Family. It is also rumored that the long-awaited Beetlejuice 2, which Burton has repeatedly expressed interest in directing, may come to fruition with Johnny Depp starring in the film. That being said, Beetlejuice was originally a Warner Bros. film, so there may be challenges ahead for Burton to clear Depp with the studio if this rumor proves true.

Unfortunately, the Amber Heard abuse allegations are not cleared from Depp, although he continues to deny all claims. It is also rumored that Depp is having to look towards smaller productions for work at the moment, but we have yet to hear of anything coming from this speculation.

Follow along with Inside the Magic as we continue to track the Pirates star’s career during this rocky season.

Do you think that Disney should make a Pirates of the Caribbean without Jack Sparrow? Let us know your thoughts!