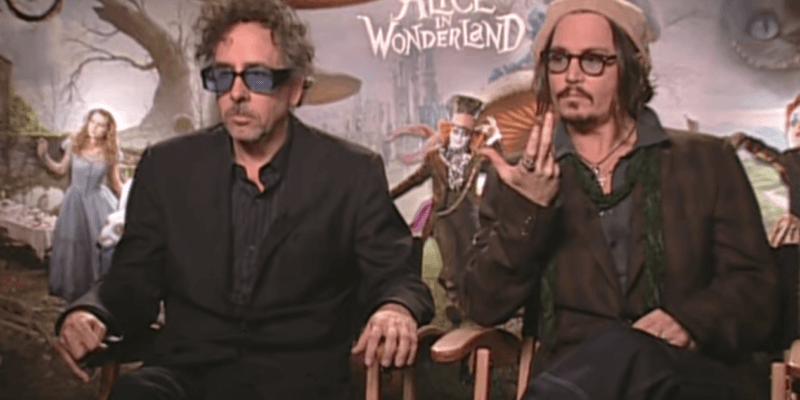 Tim Burton and Johnny Depp have a longstanding friendship and professional relationship. In fact, it’s rare for the eccentric filmmaker to go into a project without casting Depp in some capacity or another.

From Edward Scissorhands (1990) to Sleepy Hollow (1999) to Charlie and the Chocolate Factory (2005) to Corpse Bride (2005) to Disney’s Alice in Wonderland and Alice Through the Looking Glass (2010 and 2016, respectively), the quirky duo — plus, often, Burton’s ex-wife Helena Bonham Carter — have made some incredible films.

Now, Burton, 62, is set to try his hand at the small screen for the very first time — and, reportedly, he wants Depp along for the ride.

Previously, fans had taken to social media to call for Depp to be cast as Gomez Addams in Burton’s upcoming Netflix The Addams Family revival. The show will reportedly be set in modern times and will focus on Wednesday Addams’s point of view as her family navigates the 21st century.

It appears that Burton in on the same page, with Small Screen reporting these details about Addams Family casting today:

It’s been reported to us by sources who claim to be close to Netflix that Tim Burton wants Johnny Depp to play Gomez Addams in his upcoming The Addams Family TV show. This TV show is going to be made for Netflix and honestly, Depp is a good choice for the role.

The article went on to say:

Depp is in talks to star as Gomez Addams in The Addams Family. It was Tim Burton’s idea. It seems as though Netflix are the ones who have to be convinced.

Given Depp’s recent loss in his libel lawsuit against the UK’s Sun newspaper and subsequent career downslide, it is unsurprising that Netflix — or any other production company — would need to be convinced that casting him is a good idea at this time.

Depp has been dropped from both the upcoming Disney Pirates of the Caribbean 6 — he has starred as Captain Jack Sparrow in all five previous films — and Warner Bros. Fantastic Beasts 3 — in which he was set to reprise his role as Grindelwald.

If anyone can help Depp revive his floundering career right now, however, it is almost certain to be his longtime movie-making partner, Tim Burton.

What do you think? Should Johnny Depp be cast as Gomez Addams?