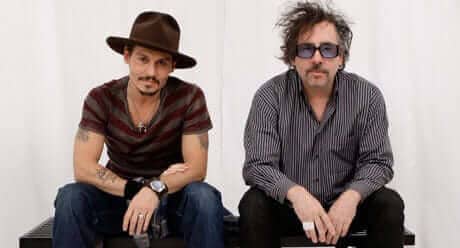 Johnny Depp and Tim Burton have a long history of making dark and quirky — yet incredibly endearing — films together.

Now, it appears that Depp and Burton might be teaming up again — this time for a television series: The Addams Family. According to Deadline:

In what would mark his first major live-action TV series, Tim Burton is setting his sights on The Addams Family, looking to develop a new series focused on the famous clan. Sources tell Deadline that Burton is negotiating to executive produce and possibly direct all episodes of this new take on the franchise.Smallville developers/executive producers Alfred Gough and Miles Millar will be head writers on the show and serve as showrunners…

When this news broke, Depp fans immediately noticed the Mad Hatter actor’s resemblance to Gomez Addams and, thus, started calling for him to play The Addams Family patriarch.

Although nothing has been confirmed at this time, it certainly wouldn’t be out of the realm of possibility for Johnny Depp to appear in a Tim Burton-created television show. On Twitter, @highsnobiety wrote:

“Tim Burton is rebooting ‘The Addams Family’ for TV:

Tim Burton is rebooting 'The Addams Family' for TV: https://t.co/0Bb1ElC0Hh

While not confirmed, sources say the new live-action series would be set in present times and be from the perspective of Wednesday Addams and what the world would look like to her in 2020.

The show will be under the MGM TV label — MGM owns franchise IP — and will air, presumably, on a streaming service. Several platforms, including Netflix reportedly have bids on the table at this time.

Would you like to see Johnny Depp and Tim Burton team up for television?