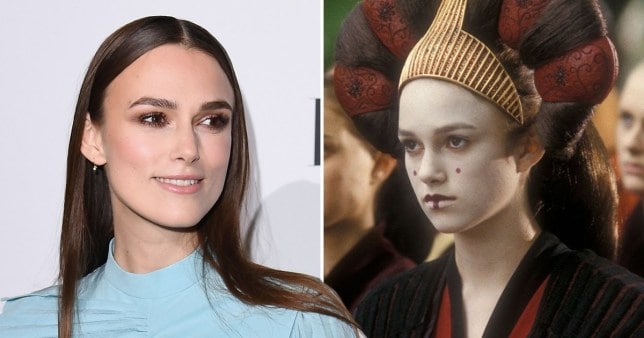 All the Star Wars fans out there probably remember Keira Knightley’s role in Star Wars: The Phantom Menace. However, in a recent interview, she didn’t.

When speaking to ComingSoon.net to discuss her new movie, Misbehavior, the interviewer wanted to reminisce on Knightley’s time in a galaxy far, far away. Although, when thinking back to her time working on the film, Knightly seemed to have some difficulty recalling the specifics–like the character she played.

“Wait a minute… who did I play? Was I not Padme?,” said Knightly with visible confusion on her face. The interviewer then informed the star she had played Sabe, one of Queen Amidala’s most important handmaidens.

This was when Keira Knightley revealed what might come as shocking news to some Star Wars fans: “Do you know, I saw the film once when… I think I was 12 when I did it, and I saw it the year after, and I’ve never seen it again,” Knightley said. “OK, so I was Sabe and I didn’t die.”

In Knightley’s defense, and as she had pointed out in the interview, it had been over 20-years since she appeared in the intergalactic film series, which could explain her confusion and forgetfulness of the epic film.

Speaking of Padme, which was actually played by Natalie Portman–earlier this year, there had been rumors of Portman returning to the series to reprise her role in the upcoming Obi-Wan Kenobi spin-off  TV series that is set to premiere on Disney+. Although, as of yet, there has not been much talk about the series.

Earlier this month it was revealed that the series would finally go into production in the Spring of 2021. This is after the series had undergone rewrites and the swapping of writers and other production heads.

What are your thoughts on Keira Knightley forgetting the character she played in the Star Wars franchise? Let us know in the comments!