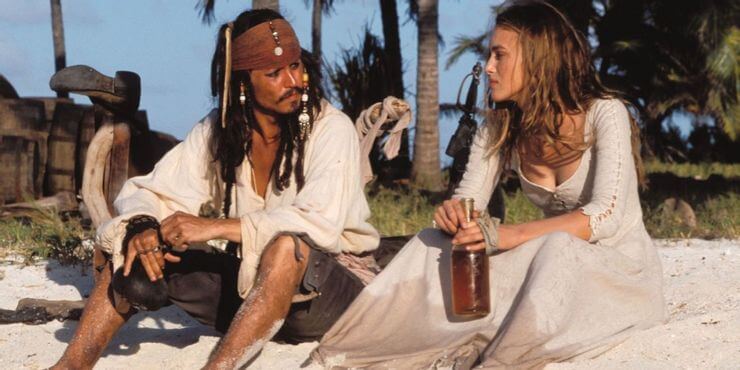 When it comes to Pirates of the Caribbean, there are a few things that will likely come to mind. Johnny Depp as Jack Sparrow, the Disney attractions, and some pretty lavish islands that the Pirates venture off to.

Johnny Depp has been at the center of the Pirates of the Caribbean franchise for quite some time now, so much so that the films seem to now revolve around him. After five movies, and a ton of financial revenue at the box office, and multiple Disney attractions that have Guests coming back for more, Johnny Depp has truly made his claim on the role. Recently, as we have discussed in great detail, Disney has parted ways with Depp.

After Amber Heard wrote a public letter claiming Johnny Depp abused her, things started to take a turn for the actor. Depp lost a case against The Sun, a U.K. tabloid who sided with Heard’s description of what happened, as well as his appeal. Although Heard continues to stand by her original claims, Depp continues to state that they are false. Neither party has been convicted as innocent or guilty, as the trial for the $150 million lawsuit will not begin until January of next year. Elon Musk and James Franco are already set to testify.

When the news was announced, petitions were formed to keep Depp in the role. Since then, some have said they are going to boycott the franchise, especially once it was announced that Margot Robbie would be taking over a similar leadership “Jack Sparrow” role in the female-led spinoff of the franchise. Now, with Pirates of the Caribbean 6 reportedly in the works, we have wondered who could take over for Johnny Depp — if anyone.

Depp seems to be of the mindset that no one can take Sparrow from him, as he has noted in the past that the character belongs to him. At a recent film festival, Depp saw a fan dressed as Jack Sparrow and immediately turned into the character while wearing a very expensive suit, and no one batted an eye; he was Jack Sparrow.

Now, it seems that Depp has even more characteristics and qualities of the pirate than we initially thought, as he owns his own islands! As noted by Inquisitr:

Johnny Depp’s private island in the Bahamas is a slice of Caribbean heaven. Called Little Hall’s Pond Cay, it spans 45 acres of sheer natural beauty, with the 58-year-old star once dubbing it the most “pure and beautiful” place he’d ever been.

“I don’t think I’d ever seen any place so pure and beautiful. You can feel your pulse rate drop about 20 beats. It’s instant freedom,” the former “Sexiest Man Alive” told Vanity Fair in 2009.

The island is located in Exumas archipelago, and much like Sparrow would, Depp joked that he wanted to become “Ruler of the Exumas” and get Guinness on tap on the island. Depp named two of his beaches after his kids, Lily-Rose, 22, and Jack, 19, whom the star shares with ex-girlfriend Vanessa Paradis, 48. To make things even better, Depp discovered the island, Little Hall’s Pond Cay, in 2004 while filming Pirates of the Caribbean!

What do you think about Depp becoming Jack Sparrow? Let us know in the comments below!